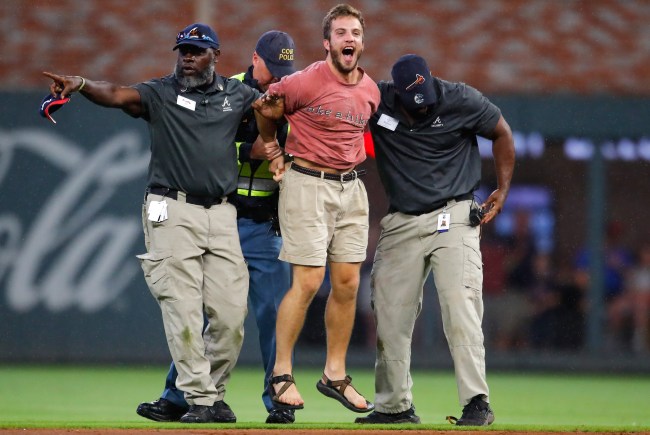 I can’t imagine what goes through the minds of fans who decide to run onto the playing field at professional sporting events… especially in Atlanta. Have they not seen the videos?

The Atlanta Braves security crew is not one to be trifled with, as we saw back in May when a fan got absolutely obilterated by a guard.

Granted, that particular fan made a crucial mistake during his on-field jaunt when he screwed himself by running behind home plate instead of out into the more spacious outfield.

That’s when this happened… 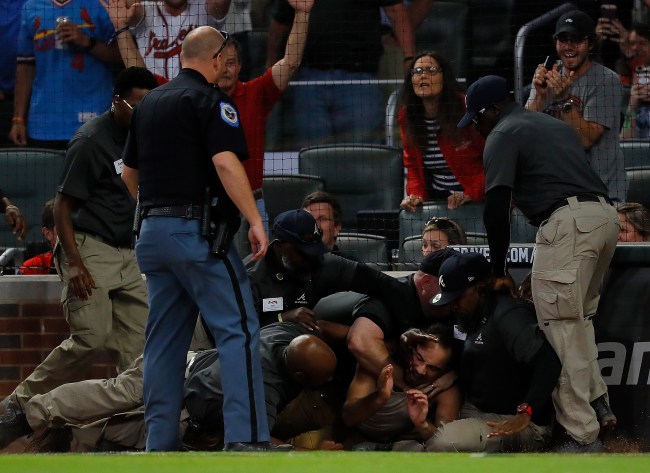 If our guy who ran onto the field at SunTrust Park Monday night during a 12-3 blowout of the New York Mets would have seen what happened to that guy, perhaps he would have known that Braves security tackles like the ’85 Bears.

Unfortunately, for this schmuck, not only did he get run down by secutiry, he was gang-tackled like he was about to score the game-winning touchdown.

At least he was wise enough to run into the outfield, I suppose. Plus, he didn’t appear to be feeling any pain as security perp-walked him out of the stadium.

Hope it was worth it! @braves runner! pic.twitter.com/U8FXlNydsE

If only the Falcons could play this type of defense.

@Braves @DOBrienATL
Are braves on field security the leaders in on field devastating tackles in 2019? 2nd high quality take down this season.#isthereastatcastforthat?