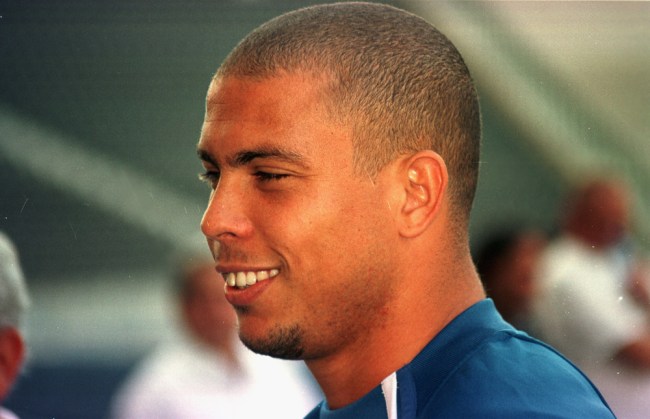 You probably haven’t thought about Brazilian soccer player Ronaldo much in the past few years. He retired from professional soccer in 2011 and closed the book on a remarkable career. Ronaldo played pro soccer for PSV, Barcelona, Inter Milan, Real Madrid, A.C. Milan, and more. He also won the World Cup for Brazil in 2002 and became a national hero.

Throughout the 2002 World Cup, Ronaldo (full name Ronaldo Luís Nazário de Lima) scored against every opponent Brazil faced except England in the Quarterfinals and he finished the tournament with 12 goals. This is all despite being ridiculed by the global media for having the single most ridiculous haircut of any professional athlete at that time. 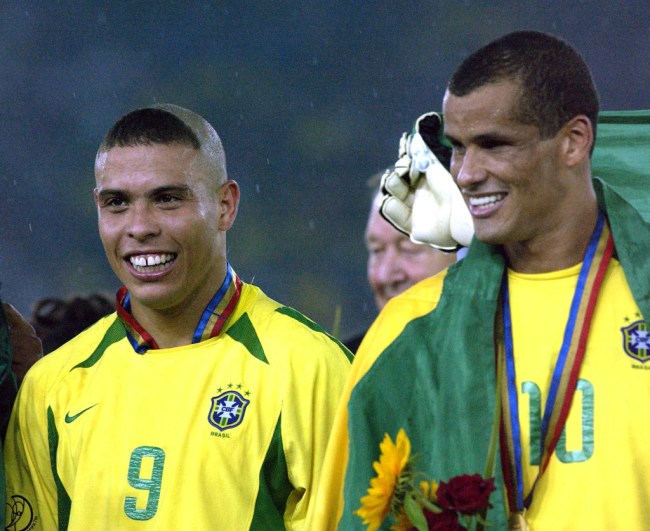 He had that single patch of hair at the front of his head and nothing else. It turns out there was a very practical and clever reason for Ronaldo’s god-awful haircut. Ronaldo was competing in the 2002 World Cup while still recovering from a ruptured cruciate ligament and he used the goofy ass haircut so that the media would ask him about his hair instead of his lingering injuries.

Here’s what he had to say recently about his choice to rock that crazy hairstyle:

“I had an injury in my leg and everybody was talking about that,” Ronaldo said.
“I decided to cut my hair and leave the small thing there. I come to training and everybody saw me with bad hair.
“Everybody was talking about the hair and forgot about the injury. I could stay more calm and relaxed and focused on my training.
“I’m not proud about the hair itself because it was pretty strange. But it was a good way to change the subject.” (via ESPN)

I guess if you’re going to show up and score 12 goals in the largest sporting event in the world then it reeeaaaaaaalllllyyyyyyyy doesn’t matter if you’re injured. Nobody anywhere is going to question your physical fitness when you’re scoring on the top athletes in the world but I guess that’s only the case after you get through a couple of games and clown on people.

Now, here’s a look back at all of the incredible goals Ronaldo scored during the 2002 World Cup en route to Brazil’s winning it all: