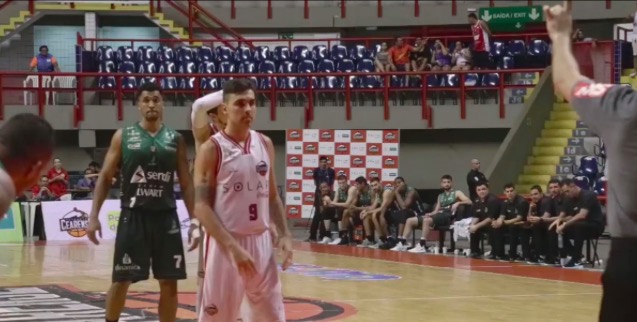 I’ve been watching basketball for over 20 years and I’m not sure I’ve ever seen the ‘intentional missed free throw’ prayer work as intended.

That changed today. Granted it came from a Brazilian professional player I’ve never heard of who plays for a team I didn’t know existed, but still.

In the waning seconds of a Brazil NBB league game between Basquete Cearense and Franca, Paulinho Boracini was at the free throw line with Cearense down three points. Franca had intentionally fouled him in hopes that even if Boracini hit both free throws, his team would still lose by a point.

Boracini made the first free throw and zipped the ball off the side of the rim on the second, chasing the loose ball to the corner, where he would drill a three pointer as time expired to give Cearense the unlikely 75-73 win.

Especially considering the volume of buzzer beaters during March Madness, I’ve always been an advocate of fouling when leading by three. Mr. Boracini just made me reassess my entire basketball ideology.