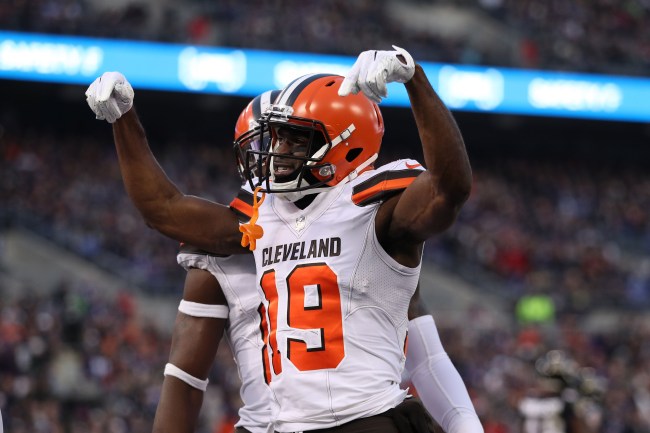 The Browns wide receiver corps is getting a bit too crowded for Breshad Perriman’s liking.

Earlier today, Perriman had verbally agreed to sign a one year deal worth four million dollars with the Browns.

NFL- Browns liked what they saw in WR Breshad Perriman in 2018 so they signed him to a 1-year deal worth $4M pic.twitter.com/JOoQJSIISS

The deal occurred just a few hours before the team pulled the trigger and traded for superstar wide receiver Odell Beckham Jr.

Apparently Perriman wasn’t happy and immediately asked to pull out of his deal.

With the #Browns trading for Odell Beckham Jr., Breshad Perriman wants out of his 1-year, $4 million agreement with the Browns, a source tells https://t.co/o11vJSOExu https://t.co/sW0ywEKVVA

Perriman was eventually allowed to be released from his deal and he went on to sign with the Bucs.

After trade for Odell Beckham Jr., Browns’ GM John Dorsey and agent Drew Rosenhaus mutually agreed to not to follow through on verbal agreement with WR Breshad Perriman, per @mortreport and me. Perriman now will sign a one-year, $4 million deal with Tampa Bay, per source.