Brett Favre Is So Rich He Didn’t Feel The Need To Follow Up On $1.1 Million Cash Infusion 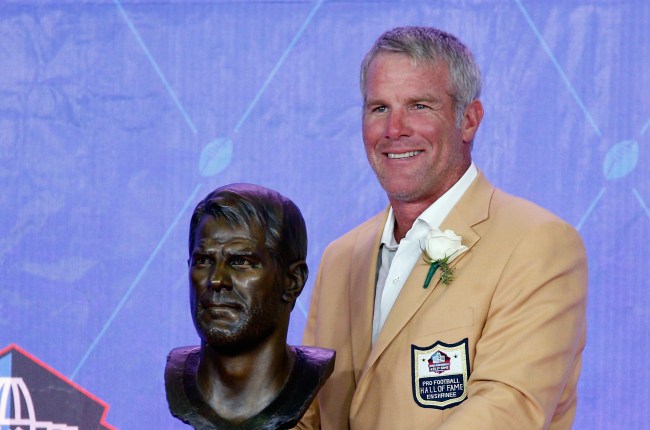 Brett Favre wants you to know he does NOT steal from the poor.

Earlier this week, the Gunslinger was linked to an ugly $94 million embezzlement scheme by the Mississippi Department of Human Services that State Auditor Shad White is calling “the most egregious misspending my staff have seen in their careers.”

Favre was allegedly one of the recipients of the misused funds, getting paid $1.1 million for two speaking engagements—$500,000 in December 2017 and $600,000 in June 2018—for appearances he never participated in.

In a Facebook post Wednesday night, Favre, who’s made $137.8 million in his 20-year NFL career, said he didn’t know the payments he received came from and is returning the entire $1.1 million, adding a note of his immense donations to underprivileged children.

‘My agent is often approached by different products or brands for me to appear in one way or another. This request was no different, and I did numerous ads for Family First,’ Favre wrote.

‘I have never received moneys for obligations I didn’t meet. To reiterate Auditors White’s statement, I was unaware that the money being dispensed was paid for out of funds not intended for that purpose, and because of that I am refunding the full amount back to the state of Mississippi.

‘I have spent my entire career helping children through Favre 4 Hope donating nearly $10 million to underserved and underprivileged children in Mississippi and Wisconsin.

Auditor Shad White released a statement thereafter, tipping his cap to Favre to make it

“I want to applaud Mr. Favre for his good faith effort to make this right and make the taxpayers and TANF families whole,’ White said in a statement Wednesday. ‘To date, we have seen no records indicating Mr. Favre knew that TANF was the program that served as the source of the money he was paid.”

One side of the coin: It’s a damn shame Brett Favre’s name was besmirched by being tied to unconscionable systematic greed and civic betrayal.

Let’s make this right and celebrate him.

16 years ago today, @BrettFavre threw for 399 pass yards and 4 TD the night after losing his father.

What an incredible tribute 🙏 (via @NFL) pic.twitter.com/f5j7Tt7hLK

Other side of the coin: Hard to feel for a guy who’s so rich that he doesn’t even follow up on a $1.1 million cash infusion into his checking account.

Every pair of Wrangler jeans comes with a free signed dick pic from Brett Favre.

Brett Favre, a complicated man. Always has been.