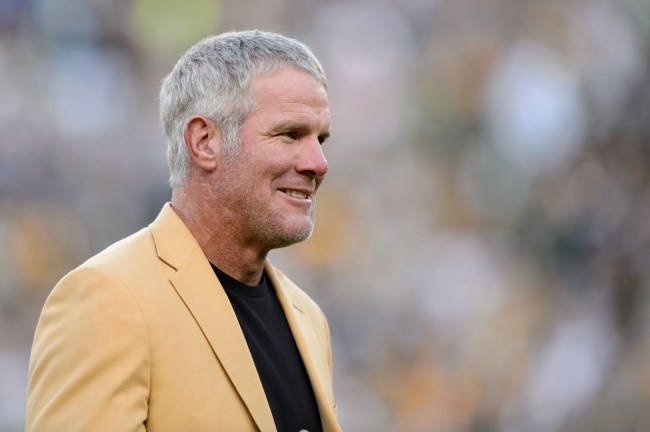 On the Mississippi Department of Human Services’ website, it states that the mission of the nonprofit organization is to “provide services to people in need by optimizing all available resources to sustain the family unit, and to encourage family values…”

In practice, though, the Mississippi Department of Human Services may be the most corrupt organization in America right now, as the “nonprofit” is currently caught up in a $94 million embezzlement scheme that State Auditor Shad White is calling “the most egregious misspending my staff have seen in their careers.”

Brett Favre, who made $137.8 million in his 20-year NFL career, is allegedly one of the recipients of the misused funds, getting paid $1.1 million for speaking engagements he never participated in.

The audit states that the MCEC paid Favre’s company, Favre Enterprises, $500,000 in December 2017 and $600,000 in June 2018 for appearances. According to the Clarion-Ledger, those appearances were to include promotions, autographs and speaking engagements.

According to the audit conducted by State Auditor Shad White’s office, “auditors were able to determine that the individual contracted did not speak nor was he present for those events.”

Favre, a Mississippi resident, was supposed to make speeches for at least three events.

The audit came in the wake of criminal charges against former DHS director John Davis and five others accused of embezzling $4 million in welfare funds.

John Davis, Nancy New and Others Arrested in Massive Embezzlement Scheme https://t.co/8J7ZSekThl Mississippi it's up to you vote Blue on Nov 3rd – vote out every republican make life better for all the people of MS.

In addition to the funds paid to Favre, MCEC is accused of directing more than $1 million in welfare funds to Davis’ nephew and brother-in-law, paying professional wrestlers, Ted DiBiase, Ted DiBiase Jr., and Brett DiBiase for work that wasn’t performed and purchasing three cars valued at more than $50,000 each for MCEC director Nancy New and her family.

Favre is not facing criminal charges, just the awful press that comes with being tied to scamming the poorest state in America.