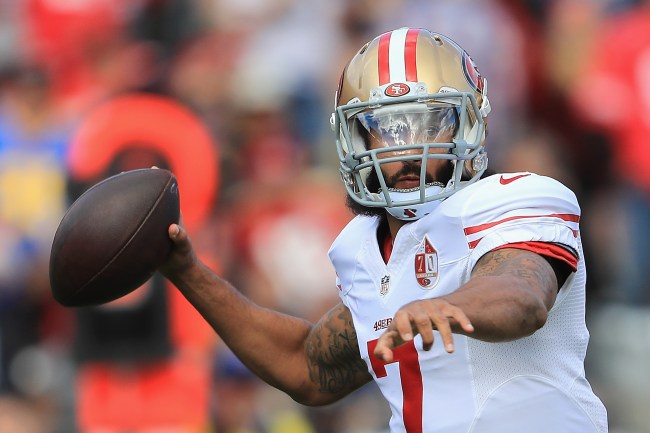 Brett Favre believes Colin Kaepernick is going to be remembered as a hero when all is said and done.

During an interview with TMZ sports, the Hall of Fame quarterback says Kaepernick putting his NFL career on the line to protest racial and social injustice is comparable to Pat Tillman, who left the NFL to join the army and was killed in a friendly fire incident in Afghanistan.

“I can only think of right off the top of my head, Pat Tillman is another guy that did something similar,”. “And, we regard him as a hero. So, I’d assume that hero status will be stamped with Kaepernick as well.”

Favre goes on to say that he doesn’t believe Kaep has a lost a step and deserves another shot in the NFL.

“I thought he was a dynamic player when he was playing in his prime,” Favre said. “He’s still young and hasn’t been hit in several years, so there’s no reason to think that he’s lost that much of a step.”

Of course, Favre’s comments didn’t go over well with many on the Internet.

Kaepernick didnt chose to end his NFL career. He was basically fired by one team and never rehired. Pat Tillman voluntarily left the NFL to join the Army Rangers and was killed in action in Afghanistan. NOT the same.