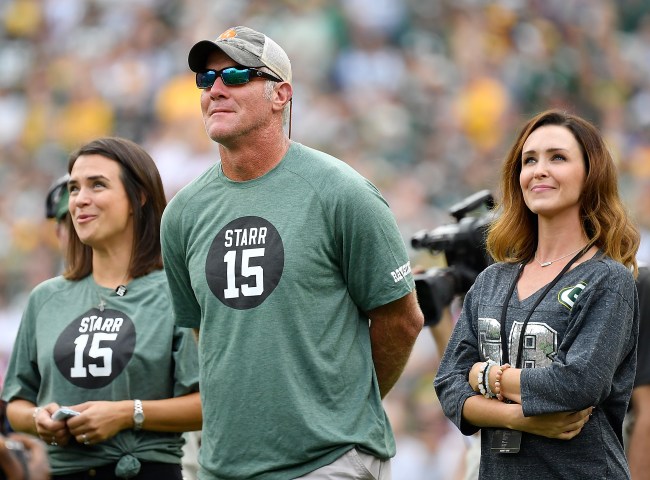 Brett Favre hasn’t played in the NFL since 2010 — and, it’s been 10 years since the ol’ Gunslinger helped lead the Minnesota Vikings to the NFC Championship Game during the 2009 season — and has already been inducted into the Pro Football Hall of Fame, meaning he’s probably done with pro football at this point in his life. And, while Favre is nearly 50 years old, it seems that some people still think he could step onto a football field and sling it like he used to.

That’s according to Brett Favre himself, who told TMZ Sports that, after Andrew Luck shocked the sports world a couple weeks ago by retiring from the Indianapolis Colts at age 29, some of his friends and family thought so highly of his passing skills that they actually called to encourage an NFL comeback. While Favre admitting that no NFL teams actually gave him a call, he still found it humorous that some close to him thought he’d still be able to play in the league at his age. Take a look at what the former quarterback had to say.

“No teams called, but I had a lot of friends and family, you know, ‘Hey, the Colts could use ya!'”

Don’t worry, Favre immediately shut down the idea … saying, “No, they couldn’t use me. I squashed that very quickly.”

“It’s really comical at this point because, look, I’ll be 50 in three or four weeks. And, I’ve been far enough removed from football that I can’t even believe people would think that I would consider coming back.”

Favre says if this were 8 or 9 years ago … he’d give it some thought, but he tells us there’s just no way his body would hold up if an NFL team gave him a spot on their roster.

“I slip off the couch and the next day I can’t even walk anymore,” Brett says. “So, I just kind of get a laugh out of it.”

This is insane. Don’t get me wrong, Brett Favre seemed old AF a decade ago while he was still playing for the Vikings and winning games, but to think he could come back to the league at 49 years old and still play at that kind of level is a next-level stoner thought. Thankfully, Favre shot down any rumors or speculation; which is actually improvement over his former self, where he constantly flip-flopped and couldn’t make up his damn mind between retiring and playing, so that’s something.