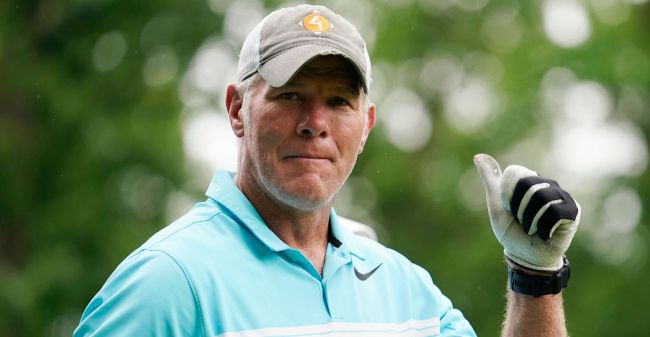 Brett Favre’s alleged involvement with a Missippi welfare scandal continues to deepen, as reports indicate that the legendary Green Bay Packers quarterback has been questioned by the FBI.

According to a report from NBC News, the Hall of Fame QB was recently questioned by the FBI due to his alleged receiving of $1.1 million in 2017 and 2018 to make motivational speeches — out of federal welfare funds intended for needy families.

At this time, however, Favre has not been accused of or charged with any crimes.

Favre has repaid the fees, although not the $228,000 in interest the auditor also demanded. But the revelation by the auditor that $70 million in TANF welfare funds was doled out to a multimillionaire athlete, a professional wrestler, a horse farm and a volleyball complex are at the heart of a scandal that has rocked the nation’s poorest state, sparking parallel state and federal criminal investigations that have led to charges and guilty pleas involving some of the key players.

His lawyer, Bud Holmes, said he did nothing wrong and never understood he was paid with money intended to help poor children. Holmes acknowledged that the FBI had questioned Favre in the case, a fact that hasn’t previously been reported. [via NBC News]

Last year, Favre pronounced his innocence in a series of tweets, saying that we would “never knowingly take funds meant to help our neighbors in need.”

Of course the money was returned because I would never knowingly take funds meant to help our neighbors in need, but for Shad White to continue to push out this lie that the money was for no-show events is something I cannot stay silent about.

Favre retired from the National Football League back in 2010 after a 19-year career with the Atlanta Falcons, Green Bay Packers, New York Jets, and Minnesota Vikings, and was inducted into the Pro Football Hall of Fame in 2016.

RELATED: Brett Favre’s Estimate For The Amount Of Concussions He Had In His Career Is Truly Frightening