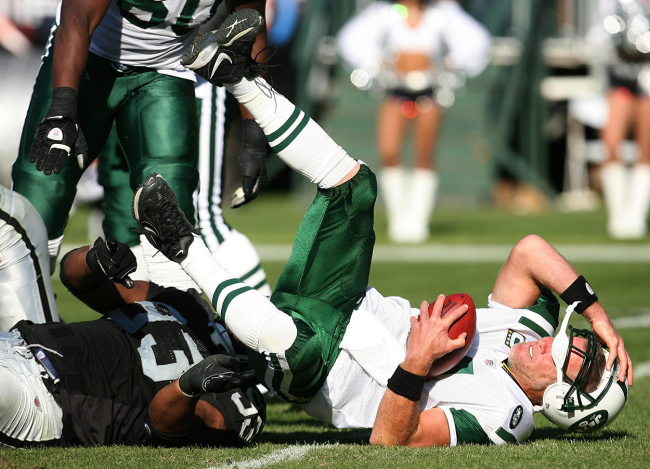 Brett Favre played 20 years in the NFL and the former Falcons, Packers, Jets, and Vikings quarterback took a lot of hits. In the process, he thinks that he had a lot of concussions.

Back in 2018, Favre spoke with CNN and said that the only way to make football safer is by not playing. However, there has been a lot of focus on protecting the brains of athletes in recent years and avoiding head injuries has been a point of emphasis across all levels of the sport, so it is significantly safer than it was when he was playing, but there is still a long way to go.

While Favre was in the league, the NFL’s concussion protocol was nearly, if not completely non-existent. In fact, his career came to a close in 2010 when he suffered a major concussion from hitting his head on the frozen turf in Minnesota.

Back in 2018, Favre told CNN that when his career ended, he would have estimated that he had two, maybe three concussions. He classified a “concussion” as a time when he lost consciousness from five seconds to a full minute. That is what he considered a concussion during his playing days.

Now, more than a decade removed from the game, there is a much greater knowledge about concussions. Favre, former NFL players, current NFL players and those around the game are more aware of the damage that football takes on the body, particularly the brain.

At 52 years old, after digesting all of the new studies on concussions, Favre knows that his two-or-three concussion estimate is way, way off. His new evaluation is at least 500 times greater.

In a recent interview with The Bubba Army, Favre opened up on concussions. He thinks that his concussion total is at, near or greater than the four-figure range.

“Concussions happen all the time,” Favre said. “You get tackled and your head hits the turf, you see flashes of light or ringing in your ears but you’re able to play — that’s a concussion.”

“So, based on that, [I’ve suffered] thousands. Had to be, because every time my head hit the turf, there was ringing or stars going, flash bulbs … but I was still able to play.”

Over the course of his career, Favre was sacked 525 times. And that’s just in the regular season.

While there are a few major concussions that he remembers, Favre believes the ones that he doesn’t remember or think much of were the most dangerous.

“That’s what’s kind of frightening about the concussion thing — it’s the ones that seem minor that do the damage ’cause you’re able to play and keep going,” Favre said to The Bubba Army.

As a result, Favre has become a big advocate for head injury awareness. He has even pled for a ban on youth tackle football in an effort to protect young brains.

Technology has come a long way since Favre’s playing days, especially within the head injury space. As the 2022 season gets underway, there will be a new helmet on the field in the NFL and in college that is intended to decrease the risk of head injury. Those developments will only continue to get better, but Favre’s assessment is a scary thought for current and former players.