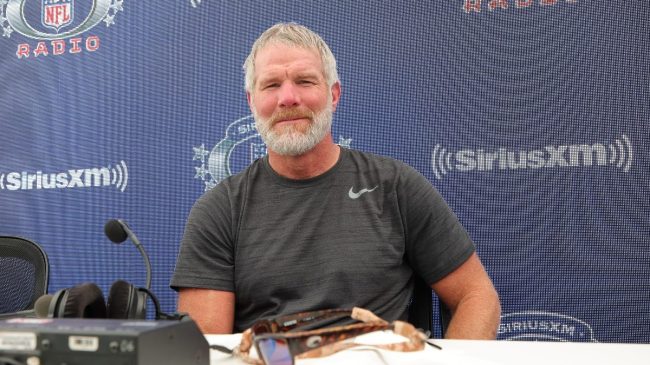 Brett Favre’s Welfare scandal has taken an interesting turn. The state of Mississippi continues to search for answers. Recently, nearly everyone involved is either being found guilty or taking a plea deal. For that reason, this could be the end of Favre.

According to Front Office Sports, “former Mississippi welfare director John Davis has agreed to cooperate with investigators.” He “agreed to terms on a plea with federal and state prosecutors on Thursday.” So for that reason, Brett Favre’s situation has gotten a whole lot messier for him.

Davis played a large role in the welfare scandal in Mississippi. He’s responsible for “$70 million in misappropriated welfare funds in the state,” per Front Office Sports. Mississippi also has the highest levels of poverty in the nation. This doesn’t bode well for Brett Favre, as he allegedly, “is linked to about $8 million in misappropriated welfare funds”

With Davis agreeing to a plea deal, that could mean Favre is next in line to receive some sort of serious punishment. Nearly everyone involved in the situation has either pleaded or been found guilty. As according to Front Office Sports, “Nancy New, the head of a nonprofit used to funnel welfare funds, pleaded guilty to 13 felonies for her role in the fraud in April.”

We’ll see how it plays out for the NFL Hall of Famer. With everyone around him taking the fall, he could be next in line. Of course, everyone is innocent until proven guilty. It sounds like the former Packers quarterback is sticking with his original claim. “Favre’s attorney Bud Holmes denied Favre knew he was accepting money from welfare funds.”

Since retirement, I have been lucky to avoid stealing millions of dollars from the poorest people in my state.

In addition to everything going on, it sounds like Favre is losing sponsorship deals, per Front Office Sports. A list of brands who have quietly dropped Brett Favre includes, SiriusXM, 33rd Team, Hallow, and Odyssey Health. Meanwhile, Copper Fit is sticking with Favre to the end.

“Copper Fit has worked with Brett Favre for nearly nine years. He has always acted honorably, and we know him to be a very decent man. To our knowledge, he was cleared of any wrongdoing two years ago. We are confident that will be the case in the civil suit.”