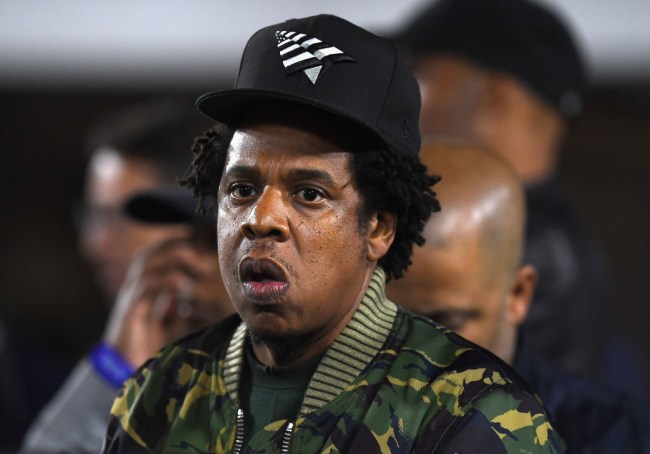 Last week, the NFL announced it would be launching a new initiative with the help of Jay-Z, who teamed up with the league with the goal of giving its players a way to make their voices heard when it comes to social justice issues.

It seemed like a pretty solid step forward but not everyone was a fan—including Colin Kaepernick’s girlfriend Nessa, who made it very clear she was pissed the quarterback wasn’t part of the discussion when the partnership was established.

Kaepernick himself appeared to fire a shot at Jay-Z in an Instagram post where he thanked a few players for continuing to fight the good fight after the rapper seemed to imply the former 49er’s protest of choice was played out when he said “we’re past kneeling.”

One of those players was Kenny Stills, who wasn’t shy about expressing his displeasure with Jay-Z over the kneeling comments when he shared his thoughts on the partnership earlier this week.

Kenny Stills on Jay-Z/NFL paternship: "Talking about we're moving past kneeling like he ever protested… Choosing to speak for the people like he had spoken to the people… I wonder if he's read my Facebook/IG comments or what people say to me… It didn't seem very informed." pic.twitter.com/QGak3JKCcO

It appears those comments caught the attention of Dolphins coach Brian Flores, who seemingly decided to troll Stills at practice on Tuesday when he opted to play eight consecutive songs by the artists for reasons I’m failing to comprehend.

Make that five in a row. “On to the Next One,” by Jay-Z going right now.

99 Problems going now. This is either some big-time trolling or the DJ is the biggest Jay fan ever.

One reporter speculated Flores was attempting to teach Stills to play through distractions but it certainly seems like an unconventional way to do so.

One possible explanation is Flores wanting Stills to be further equipped to deal with noise – during games – that could distract him. (Next level mind games!) But we won't know until Flores explains this.

Trolling your own players certainly seems like a bold strategy. I guess we’ll see if it pays off for him.