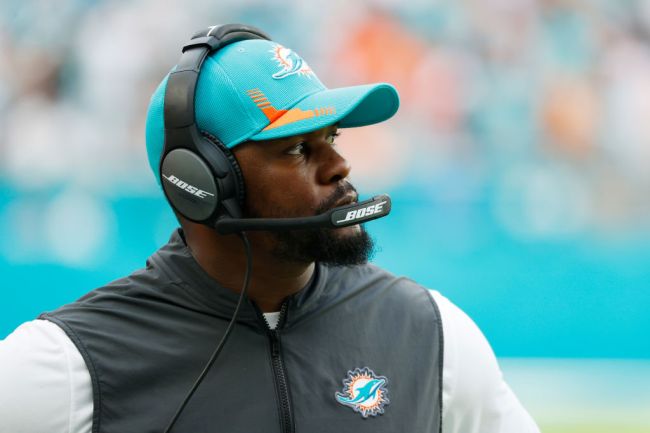 When the NFL playoffs were beginning, football fans were hit with an absolute bombshell. After a pair of winning seasons as the head coach of the Miami Dolphins, Brian Flores was fired. It was reportedly because of a rift between Flores and Tua Tagovailoa, but was shocking nonetheless.

Fans expected Flores to quickly get scooped up by another team based on his two successful years with a franchise that had been awful before his arrival. It didn’t happen.

That’s when the story took another shocking turn. Flores filed a lawsuit against the NFL, alleging racist hiring practices that, among other issues, led to him being interviewed by the Giants for a job that he didn’t have a chance of getting because the Giants needed to meet Rooney Rule requirements.

There were still a few other head coaching jobs available around the league, but nobody was sure how the lawsuit would impact his candidacy. Flores believes it was the reason Lovie Smith got the Houston Texans job over him.

Now, Flores has finally found a new home in the NFL.

It’s definitely not the role anybody expected him to land in. Flores would have been expected to land at least a defensive coordinator job.

This is an absolute steal for the Pittsburgh Steelers. The Steelers already boast one of the league’s most talented defenses. Now they’ve added another defensive mind to the mix with plenty to offer.

The Pittsburgh Steelers’ offense may be a huge question mark for next season, but with moves like this, we at least know for sure that their defense will continue to be a terrifying unit in 2022.