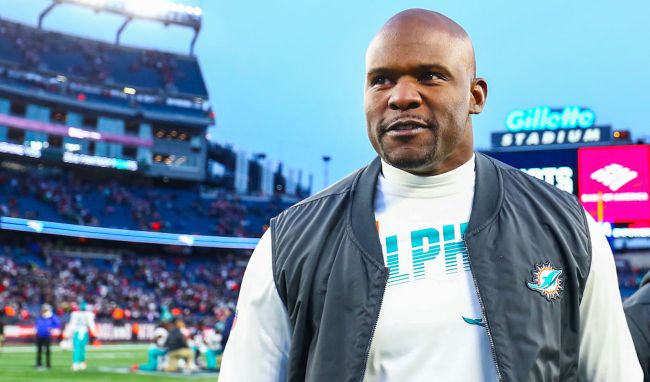 Brian Flores is set to make an appearance on an upcoming episode of HBO’s Real Sports with Bryant Gumble, and according to reports, he’s set to come with more claims about the Miami Dolphins, his former employers.

Flores, who claims, among other things, that owner Stephen Ross offered him $100,000 per loss during the 2019 season to encourage tanking, that he declined “a lot” of money by not signing a non-disparagement agreement.

In an effort to further prove Flores’ claims — the Dolphins subsequently released a statement calling his assertion of an NDA “categorically false” — his lawyer Doug Wigdor posted photos of the non-disparagement agreement on Twitter.

Flores told Bryant Gumbel that the three-year head coach left a “lot” of money on the table by declining to sign a document that would have “silenced” him. The Dolphins issued a statement specifically denying that team owner Stephen Ross presented Flores with a non-disclosure agreement and spoke to Flores about it.

Another portion of the documents posted appears to be the standard non-disparagement clause from the head-coaching contract. Flores would have been bound by that term, if he has accepted a buyout.

In addition to the NDA, Flores’ lawyer also told Gumbel that they said “definitely have corroborating evidence” of the former head coach’s claims that Dolphins owner Stephen Ross attempted to incentivize losing. If the NFL’s investigation finds that Ross incentivized deliberate tanking, the 81-year-old billionaire could be forced to sell the storied AFC East franchise.

Despite his lawsuit against the NFL, Flores has landed himself a new gig in the league as he’s now employed as the Pittsburgh Steelers’ senior defensive assistant and linebackers coach.