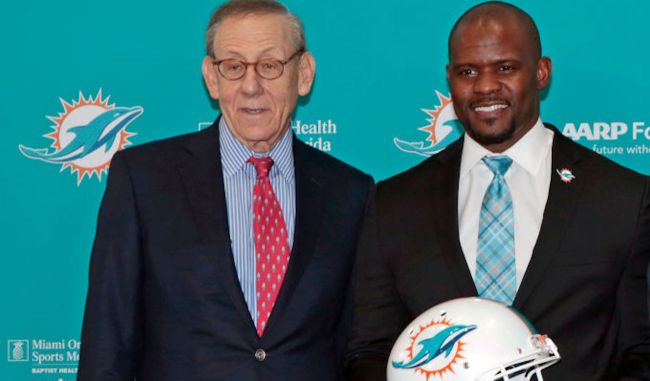 During an upcoming episode of HBO’s Real Sports with Bryant Gumbel, Brian Flores’ lawyer Doug Wigdor has claimed that the former Miami Dolphins head coach has “corroborating evidence” to prove his claim that team owner Stephen Ross tried to incentivize losing. In Flores’ bombshell lawsuit against the NFL, he says Ross offered him $100,000 for every loss during the 2019 season.

In an interview slated to air on Real Sports with Bryant Gumbel, Flores’ attorney, Doug Wigdor, said Flores and his legal team “definitely have corroborating evidence” to prove Flores’ claims about Ross. And Wigdor said that evidence will be shared with the NFL, separate and apart from Flores’ lawsuit.

“We definitely would share it with them,” Wigdor said, according to a transcript provided by HBO. [ProFootballTalk via Real Sports with Bryant Gumbel]

At this time, it’s unclear exactly what the alleged evidence is. Should the NFL discover that Ross encouraged and incentivized deliberate tanking, the 81-year-old billionaire could be forced to sell the AFC East club.

“With regards to the allegations being made by Brian Flores, I am a man or honor and integrity and cannot let them stand without responding,” Ross stated. “I take great personal exception to these malicious attacks, and the truth must be known. His allegations are false, malicious, and defamatory.”

Despite the fact that Flores has landed a role as the Pittsburgh Steelers’ senior defensive assistant/linebackers coach, the former Miami Dolphins head coach is obviously intent on moving forward with his lawsuit.