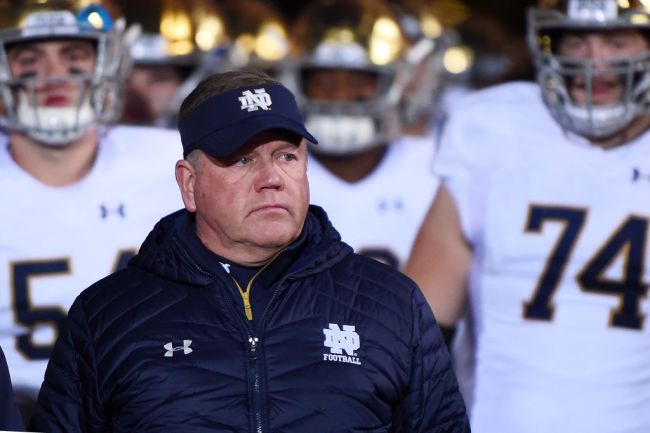 Brian Kelly apparently didn’t warn anyone at Notre Dame that he was leaving the school this week.

On Monday night, it was reported that Kelly will get paid $15 million/year to leave Notre Dame and become LSU’s next head coach.

According to The Athletic’s Matt Fortuna, Brian Kelly ghosted everyone at Notre Dame, including his assistant coaches, before news broke of departure.

This is usually how these things go, but Brian Kelly has ghosted everyone at Notre Dame. Just spoke to one assistant who saw reports on his phone tonight as he was exiting a recruit's home: "The news broke when I walked out of the house, so I look like a f—– a–hole."

Kelly eventually sent a text to his players to tell them that he was leaving the school.

The plan is for Kelly to meet with the team tomorrow at 7 a.m.

Here is the full message pic.twitter.com/sqAl2txZIy