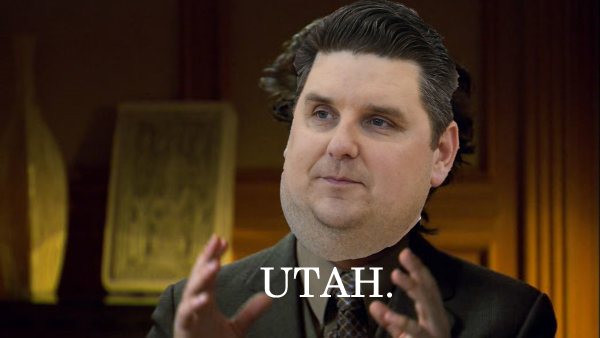 As a former New Jersey Nets fan and therefore Brooklyn Nets hater, the largely self-inflicted misery that the franchise has put themselves through ever since they left the shadow of Giants Stadium has been a great source of enjoyment for me. As any mob movie will tell you — never turn your back on the family.

That pattern of two steps forward and, I don’t know, five steps back appears to be repeating itself once again in Brooklyn, as superstar Kevin Durant formally requested a trade on Thursday night, immediately throwing the organization into a state of upheaval. KD’s franchise-altering move also came after Kyrie Irving, who was given permission by the Nets to seek a sign-and-trade deal, decided to opt back into his contract with the team after he was unable to find another team foolish enough to pay him.

Now that it seems certain that Durant will move on from the Nets, NBA reporters are beginning to speculate where the future Hall of Famer could end up, as is tradition. ESPN’s Brian Windhorst, appearing on First Take on Friday morning, came prepared with what Mina Kimes aptly describes as a true-crime podcast-sounding tale of mysterious roster decisions being made in… Utah.

Brian Windhorst floats conspiracy theory about “what’s going on in Utah?” as it relates to Kevin Durant

Why was this more riveting than any true crime podcast https://t.co/x3yKWlrv5Z

Despite the fact that the moment happened with First Take‘s bench players in (no offense, of course), some sports fans are saying it’s one of the best moments in the history of the long-running hot take show.

I am not in any way a NBA fan but now I absolutely need to get to the bottom of what is happening in Utah. Something strange, even menacing is afoot

Windy needs a show where he's in a courtroom, the audience is the jury and he just captivates people with shit like this. I'd watch. @WindhorstESPN https://t.co/lIj2njGpUg

This is epic. I feel like I needed to make s'mores during this. Captivating campfire stories. It's borderline Dateline-esque with @JoshMankiewicz https://t.co/nuCbtfZJh6

Oh my god this is incredible. We need less “old man yelling at cloud” in sports media and more “old man telling captivating ghost story by the campfire.” https://t.co/9PVVG1nqoj

this is the greatest clip in #FirstTake history and it doesn't even include Stephen A. that's how you know it's amazing https://t.co/omrcKhbD8S

I’ve called my guy Windy mesmerizing and riveting many times. He’s sensational on tv and radio. I’ve watched this clip 4 times since #ScheinOnSports ended. @WindhorstESPN is the best. https://t.co/4j1ymOA0xu

This clip absolutely lives up to the hype it's getting. I haven't been riveted to something like this since the final scene of The Sopranos. https://t.co/aMFsE5v0Y2

Windy has more to reveal, but first needs to secure protection from the government before he feels comfortable sharing. AK https://t.co/AFIFU5TwyK

If KD does end up in Salt Lake City, we need to get a security detail on Windhorst ASAP. Powerful people may start coming after him.