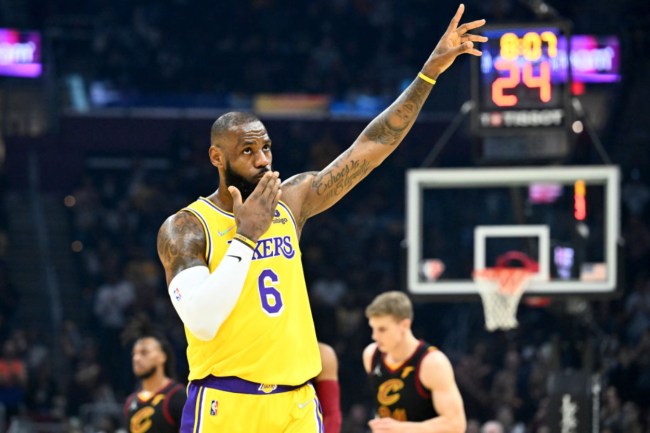 The Cleveland Cavaliers are a fun team with a handful of young, talented pieces pushing the organization in the right direction. They are, however, missing a superstar that could make them a legitimate threat in the Eastern Conference.

The biggest superstar in the NBA, LeBron James, has ties to Cleveland so maybe there’s a way to get him to return to his old stomping grounds.

During an appearance on ‘Get Up‘ on Friday morning, Windhorst floated a “conspiracy theory” where James could possibly return to Cleveland.

“If you want to have a conspiracy theory, watch the Cavs’ moves over the next couple of weeks,” Windhorst said.

“They are going to extend Darius Garland, their All-Star point guard. That is going to happen. But they have a couple other moves that they could do that would potentially eat away their cap space for next year which is what I would think they would do as a young team. They should never be a free agent player. But if the Cavs do not retain Collin Sexton. And they do not extend Caris LaVert, which is two things on their menu of options. And they leave open their cap space in 2024, er, 2023, it’s interesting food for thought. Just keep an eye on that.”

You can tell while watching the video that Windhorst isn’t sold on this idea whatsoever, which makes the whole scenario that much funnier.

It’s a slow Friday afternoon in the sports world so Windhorst took it upon himself to stir the pot in a major way.