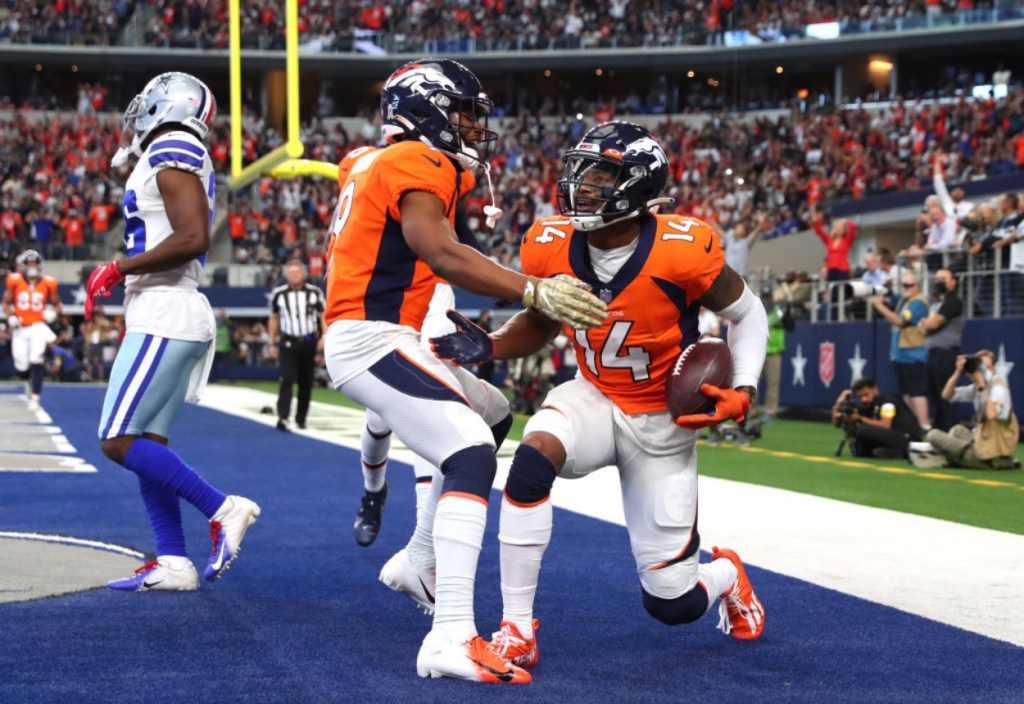 Week 9 of the NFL season was full of massive upsets. In fact, according to ESPNSTATSINFO, Jacksonville’s 6-9 win over Buffalo at home was Jax’s second-biggest upset in team history as the Bills were 15.5-point favorites going into the game. The Dallas Cowboys were also big favorites over the Denver Broncos at home on Sunday and they got demolished.

The Cowboys were 10-point favorites over the Broncos. Dallas has been HOT this season with their only previous loss coming against my Tampa Bay Buccaneers (in Tampa) in Week 1. They are running away with the NFC East. But the Cowboys were held scoreless through three quarters against Denver on Sunday and looked like a completely impotent team, one that didn’t even bother preparing for the game against Denver.

Denver held a 19-0 lead going into the 4th quarter before Dallas finally scored some points and the game finished 30-16 (Denver win). An article that went up after the game on the Denver Broncos’ website from beat writer Aric DiLalla outlines how ‘disrespectful’ decisions from the Dallas Cowboys provided the jet fuel the Broncos needed to blow them out.

The ‘disrespect’ hinges around Dallas going for it on 4th-and-1 on the first possession of Sunday’s name. To Denver, this signaled Dallas thought they’d be able to walk all over the Broncos on Sunday.

On the first possessions of Sunday’s game, with Dallas holding the ball at the Denver 38-yard line, the Cowboys looked at those three feet as an opportunity. Denver’s defense saw it as an early turning point. The Broncos’ offense viewed it as disrespect. What happened on that fourth-and-1 — and the three ensuing fourth downs for the Cowboys during Denver’s 30-16 win — was nothing short of game defining. (via DenverBroncos.com)

After the game, Denver’s Tim Patrick was asked about Dallas going for it on 4th-and-1 on the first possession of the game and he had this to say:

@KeyJayandMax McCarthy disrespected Denver by going for it on those fourth downs. Ask yourself would he have done it against Green Bay? Total disrespect for the Broncos offense.

"We felt it was a disrespect to us," Denver C Lloyd Cushenberry said. "They felt like…their defense will just stop us like its nothing. We definitely took that personal." pic.twitter.com/ZDUjNKQnUx

Another missed 4th down attempt by Dallas. They’re trying to disrespect Denver, but Denver ain’t having it #nope

#Cowboys This is what happens when you disrespect opponents. 4th and 1 twice sends a message to Denver that we don't rate your offence. Being stuffed down McCarthys throat now.

Dallas was missing starting Tackle Tyron Smith for the game and Tight End Blake Jarwin but they weren’t as beat up as Denver coming into the game who had five players listed as ‘questionable’ on the injury report and they’d just traded Von Miller.

It does seem like the disrespect of Denver’s offense fueled them to go ham on the Cowboys through three quarters and win a big upset game on the road.

The AFC West is STACKED this year. Denver’s in last place in their division with a 5-4 record. The Chargers and Raiders are both 5-3 and Kansas City + Denver are 5-4. The AFC North is the only other division where all four teams are .500 or better (the NFC South is close but the Panthers are 4-5).