Brooks Koepka Believes That Patrick Reed Did Cheat, Says It Goes On With Players ‘A Little More Than People Think, We Bite Our Tongue A Lot’ 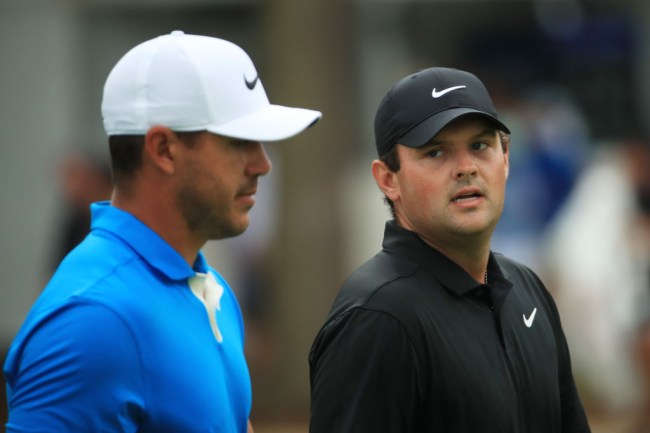 The Patrick Reed cheating situation is still not in the past, hell, it honestly may never be in the past. For those that don’t remember, Reed was caught improving his lie in a waste bunker at the Hero World Challenge this past December and it’s been a major talking point ever since.

While doing his PGA Championship media rounds in San Francisco on Monday, Brooks Koepka joined Sway on Sirius XM and was asked whether or not Reed did indeed cheat. The four-time major winner said yes before going into detail about the situation. Koepka even mentioned that he’s seen other big-time names do some questionable things out on the course over the years as well.

“Yeah, I don’t know what he was doing, building sandcastles in the sand. You know where your club is, I took three months off and I can promise you I know if I touched sand. If you look at the video, obviously he grazes the sand twice and then he still chops down on it.”

“It’s one of those things if you play the game you understand the rules and the integrity that goes on. There’s no room for it. I’ll be honest, I’ve seen it a couple times where it’s like, woah, I’ve seen some big names and said woah, that’s not right and I’ve bit my tongue.”

“A lot of times on TV you can’t hide from the cameras and everything. We bite our tongue a lot. Guys will hit it in the rough and all a sudden they’ve got 3 wood out and they’re pushing [the grass] down. It’s interesting, it goes on a little bit more than people think.”

Koepka is one of those guys that always keeps things very real with the media, he never really opts for the boring answer and he certainly stayed on-brand in this case.

Be sure to check out the full Koepka-Sway interview below.