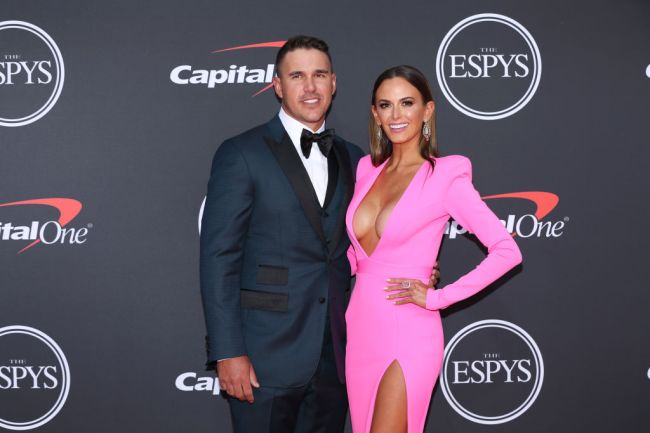 Brooks Koepka and Jena Sims are engaged. The professional golfer and acress/model have been together for several years, and recent photos shared by Sims on her Instagram show Koepka dropping to one knee on a beach.

Koepka recently underwent surgery on his right knee, the knee he dropped to during his proposal, but Sims shared other photos on her Instagram story that the engagement took place on March 3, well before Koepka went under the knife.

Not only did Koepka wear a $520 Givenchy t-shirt for the special occasion, both he and Sims were rocking sneakers on the beach, arguably the most uncomfortable scenario human feet can endure.

On March 7, Koepka withdrew from The Players citing a right knee injury. He also recently informed Golfweek that he had suffered “a right knee cap dislocation and ligament damage” which resulted in surgery. It’s unknown whether or not he’ll be ready to go for next week’s Masters.