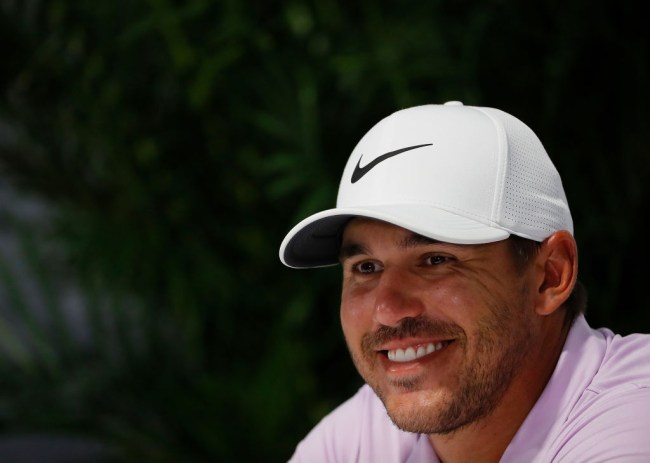 On Wednesday, Bryson DeChambeau decided to hop on Twitch and stream a bit of Fortnite, which he’s been doing a lot of lately, but some words were said about a certain someone during the broadcast. DeChambeau was discussing working out and how he’s changed his physique when someone asked about Brooks Koepka and his physique.

This is when all hell broke loose.

There is no denying that Koepka is a strong, fit dude but DeChambeau was quick to recall his ESPN Magazine Body photospread and the fact that the No. 1 player in the world doesn’t have any abs. DeChambeau then began bragging about the fact that he, in fact, weighs more than Koepka now and is the owner of some abs.

It was a pretty cringy moment, to say the least.

"Yea I weigh more than him now. Significantly more."

"Did you see the body issue? He didn't have any abs. I have abs."

Of course Koepka is going to hear about this as it went semi-viral in the golf social media world, but whether he was going to respond to DeChambeau or not was the question here.

He responded, oh, he responded. Let’s just say that this discussion is now over after Koepka’s perfect tweet to DeChambeau.

You were right @b_dechambeau I am 2 short of a 6 pack! pic.twitter.com/aCJ1jimId6

Koepka has won four major championships, the PGA Championship twice and the U.S. Open twice, so he literally is short of a six-pack when it comes to majors. DeChambeau has not won a major, in fact, he’s never finished better than 15th in his 14 major appearances.

You best not come at a four-time major winner when you don’t have a major of your own, that’s a battle you’re always going to lose. A major winner can always lean on that, and you really better step away if that person just so happens to be the No. 1 player in the world at the moment.

Both Koepka and DeChambeau are teeing it up this week in the Abu Dhabi HSBC Championship, let’s hope that somehow the golf gods bless us with them being paired up together at some point this weekend. Koepka got the best of DeChambeau in round one of the event shooting 6-under while the owner of abs shot an even par 72.