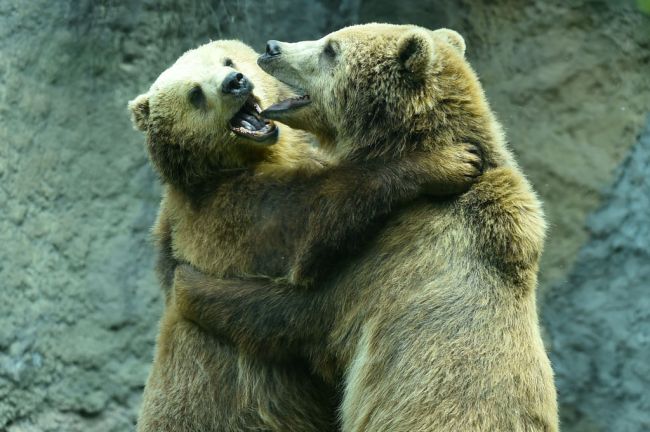 Two massive brown bears went to war with hopes of claiming their territory last month. A film crew in Kuhmo, Finland captured remarkable footage of the brawl and it’s vicious.

The crew, called Samulin Matkassa, visited the Boreal Wildlife Centre with hopes of getting an up close and personal look at some of nature’s largest carnivorous mammals. Sure enough, the bears started to appear.

A total of four bears arrived within the five-hour window that they were there, and two of them came to blows.

“Two of the bears were pretty much the same size and they started to roar very loudly to each other and moments later they engaged in a fierce brawl within 10 meters (30 feet) from us,” the crew said.

According to experts, the bears would not fight so brutally over food. They fought one another to establish dominance of the area— as females prefer stronger males.

Locals told the crew that there had only been one fight of such vigor in the area over the last 14 years.

“The whole scene, starting with the extremely loud roars followed up by a big fight, was an experience that left the whole film crew speechless and even confused for a while.”

Samulin Matkassa spent quite a bit of time in the area, exploring different parts of the country and observing the local animals. You can watch the full encounter with all four bears here: