Browns Fan Asks Twitter To Help Him Find A Girl He Met At The NFL Draft, A Girl Who Is Very Happily Married 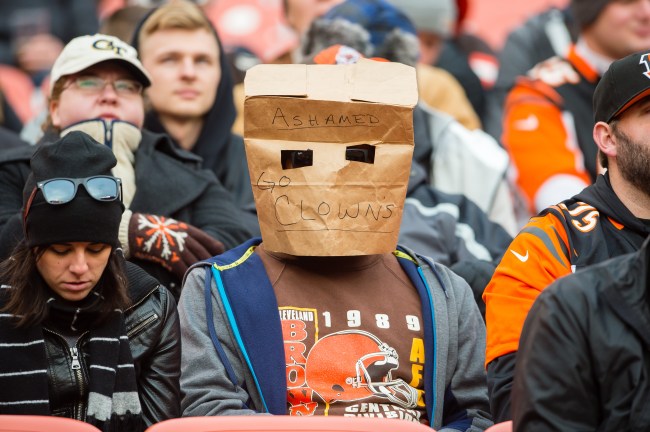 After decades of being the punching bag of the NFL, the Cleveland Browns have acquired some juicy pieces and are primed to have their best season in the helmet-era. As you can imagine, Clevelanders are ready to release gallons of baby batter build up over season-after-season of catastrophic failures. Their balls have to be bluer than a drowning Avatar at this point.

If there’s any indication that Browns fans are feeling themselves at an all-time high, it’s an incident that unfolded during the NFL Draft this weekend.

A male Browns fan named Hunter attempted to crowd-source the identity of a woman he snapped a photo with at the Draft. As Hunter tells it, the woman approached him and the two chatted but he could not obtain her number because his phone died.

What could have been an inspiring love story for a Browns fan on the cusp of unprecedented success on the field turned out to be a microcosm of the past 15 seasons for the Browns.

Not The #NFLDraft story we wanted, but the story we NEEDED. Lol pic.twitter.com/wfi4rxhNdf

Via The Prairie Report: 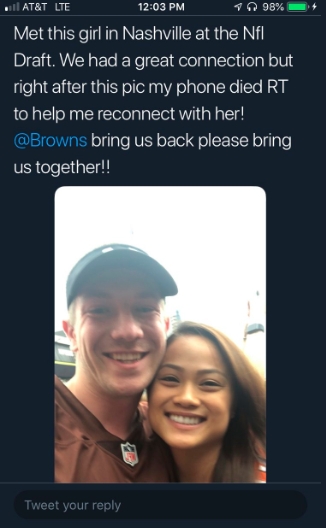 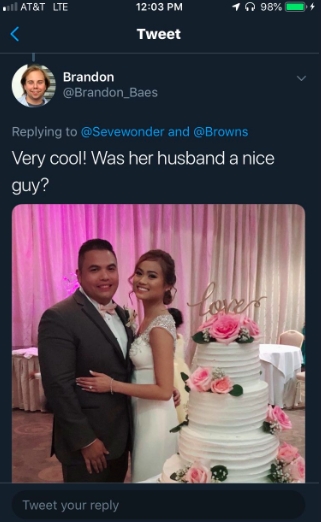 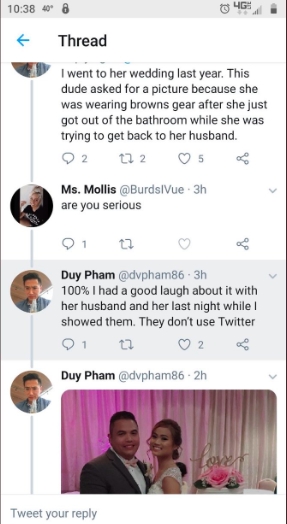 Hunter is not only dodging grenades on Twitter for whiffing on love, but he’s also been forced to answer why he’s wearing a visor at the gym.

Story wasn’t fabricated the girl came up to me we chatted got a pic my phone died and now I wear a visor cuz I do what I want as for curling 30s let’s get technical it was 40s and if you’d actually step in a gym instead of run your gums I’d love to show you what hard work is? 👍🏻 https://t.co/itGe22cHoc

The internet is a cold, unforgiving place.