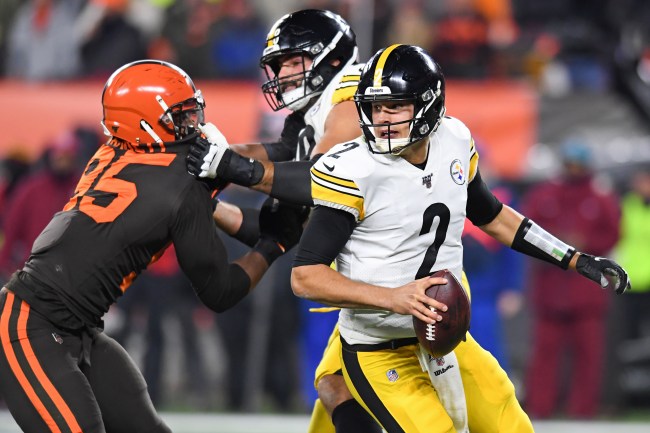 Myles Garret and Mason Rudolph have buried the hatchet a year after their infamous brawl.

Back in November 2019, Garrett hit Rudolph with his helmet and then accused the Steelers back up QB of using a racial slur on the field which Rudolph vehemently denied.

Before their game on Sunday, Rudolph said he wouldn’t mind talking to Garrett about putting things behind them.

“I’m not sure how I’d go about that, how I’d broach that,” “I’m not even sure if he’d want to do that but I wouldn’t have a problem sitting down with him and just not talking about the incident, just talking man-to-man, how we move forward, and just being better men and football players and not letting something like that happen again.”

After Browns beat the Steelers, Garrett approached Rudolph and wished him good luck in the playoffs. ‘

Myles Garrett went and found Mason Rudolph in the Steelers tunnel after the game. On that exchange: "I just told him good game. Hell of a game. And we’ll see ya’ll next week."