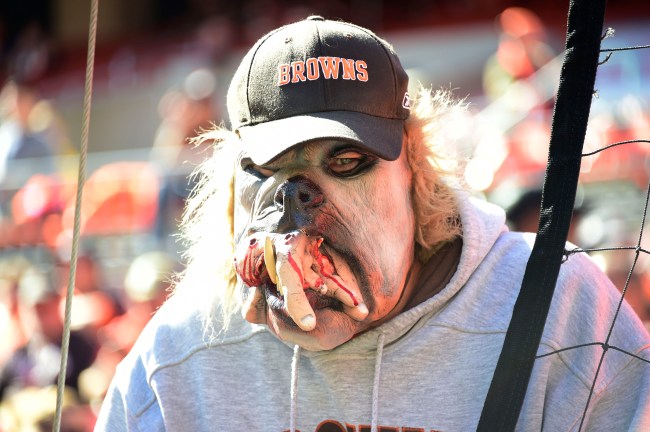 Football fans deserve a hat tip for their generosity over the past couple weeks. Well, mainly just two fan bases. 7,000 of Bills Mafia most generous soldiers donated over $170,000 to Andy Dalton’s charity for children with serious illnesses and disabilities after his game-winning touchdown pass catapulted the Bills to their first playoff appearance in 17 years.

Ironically, the Cleveland Browns fans secured their first victory after its season ended. An estimated 2,500-3,200 Clevelanders circled FirstEnergy Stadium for the “Perfect Season” parade, commemorating their team’s perfectly imperfect 0-16 season. The parade occurred despite Browns players publicly railing against it.

That parade is a joke don’t call yourself a true browns fan if you go to that thing! Going 0-16 was embarrassing enough as a player. That is like adding fuel to the fire and it is completely wrong!

There are players on this team who want to play and win for the Browns and The Land. Parading around isn’t encouraging a change, it’s more so encouraging players to avoid the opportunity to play here. 1-31 isn’t what we want to be known for but we won’t stop fighting to win here.

The parade wasn’t just a tongue-in-cheek outlet for Browns fans to mourn their team’s awfulness, it actually brought a lot of good to the community. According to CBS Sports, When Chris McNeil planned the parade, he asked for donations that would cover the cost of the event, vowing that the leftover money would be donated to the Greater Cleveland Food Bank. Turns out, a boatload of cash was raised to bring hot meals to the homeless of Cleveland.

According to Hayden Grove of Cleveland.com:

The Browns Parade raised $17,157 for the Greater Cleveland Food Bank, which equates to 68,628 meals, according to their website. With perishable food donations included, over 70,000 meals will be provided thanks to the Parade.

This marks the first time football in Cleveland should be applauded in a very long time.