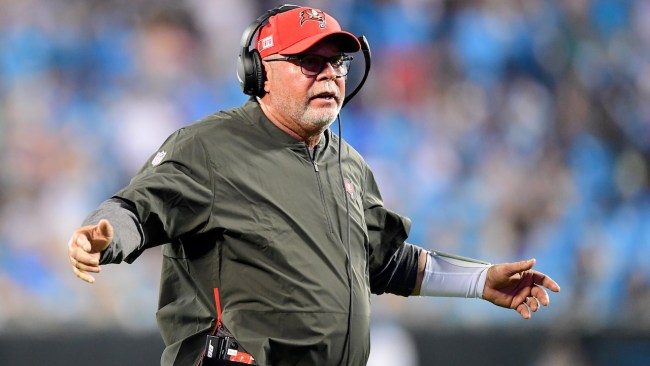 Can we all agree on one thing? Kickers are just the worst.

I hate kickers so much that in my fantasy league with my fraternity buddies from college, I’ve removed kickers entirely and did so without a vote. You desperately want to play in a league with kickers, Steve? Fine, then, go fuck off and find your own league, because in our fantasy football league, we’ve exiled those incompetent motherfuckers.

Unfortunately for football fans, though, the National Football League has yet to have the same epiphany that Commissioner Ital did, and kickers are still very much a part of the game as we know it.

And not only are they a part of football, but they’re one of the game’s biggest deciding factors, as kickers still maintain the unique ability to both win and lose games all with the swing of their cleat.

The latest victims of the kicking epidemic were the Tampa Bay Bucs, as they lost to the rookie-quarterback led New York Giants by one point at home after their kicker Matt Gay missed the game-winner from 34 yards.

And while Gay’s miss was egregious, it turns out it wasn’t only his fault, as Bucs head coach Bruce Arians admitted in the post-game press conference that he intentionally took a delay of game penalty so he could push his kicker back further because he thought he was “better” from distance.

Um… okay? I’ve been watching football for two decades now and that’s definitely the first time I’ve heard a coach suggest being further away from the uprights gives their kicker a better chance.

Video: Here’s Bruce Arians explaining that he took a delay of game penalty “on purpose” before final field goal to back up rookie Matt Gay, who had already missed one extra point and had another blocked in the same game. pic.twitter.com/h4WIwaVdq7

As we now know, Arians’ decision was the definition of ill-advised, as Gay ultimately missed the kick by no more than a couple of feet. In fact, if he was only — oh, I don’t know — about five yards closer, that kick would have probably gone in and the Bucs would be 2-1.