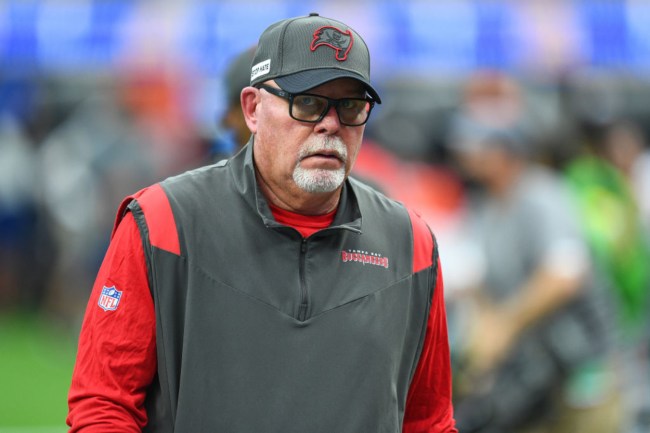 The Tampa Bay Buccaneers will be without Antonio Brown for their next three games after he was handed a suspension by the league. Head coach Bruce Arians is infuriated by that fact.

Arians addressed the media on Friday and gave his honest assessment about the Brown situation saying “it pisses me off.” He isn’t pleased that the team is still having to deal with issues related to the virus.

Arians says “it pisses me off” to be dealing with suspensions when they took such pride in dealing with COVID-19 as well as they have last two seasons.

Brown was suspended three games by the NFL after he used a fake vaccine card to lie about his vaccination status. He wasn’t set to play this upcoming Sunday due to injury, but he’ll now have to miss an extended period of time after his latest stunt.

Back in September, Arians was pleased to announce that the Bucs were 100% vaccinated. They clearly thought Brown was vaccinated, but the wideout misled the league and his team.

Tampa Bay released a statement following the news of Brown’s suspension thanking the league for the way it handled the matter.

Brown has 29 catches for 418 yards and four touchdowns this season.