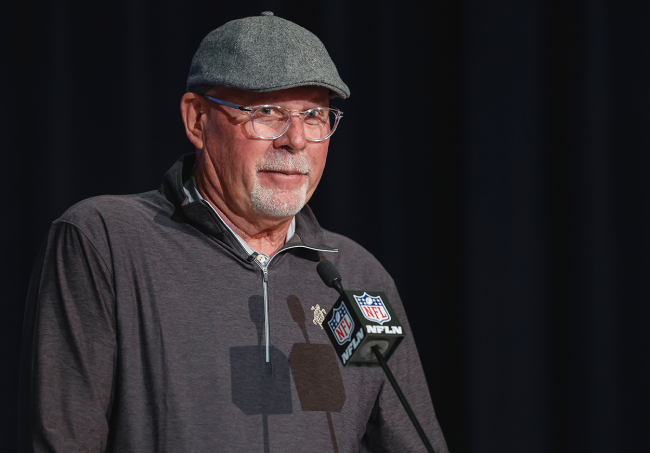 Bruce Arians remains very confused. After Tom Brady elected to retire from the NFL back in February, there were reports that he and his quarterback were not on great terms.

Arians simply has no idea where those rumors came from.

Not long after the Super Bowl, a report came to surface about Arians and Brady. The report, which included details about what caused the alleged rift, said that their relationship was “souring.”

Similar reports have come out around Brady and Arians’ relationship, but nothing quite as specific or explosive as the original report. Meanwhile, the Tampa Bay head coach has set the record straight on multiple occassions and said that he and his quarterback get along just fine.

In fact, the reports have left Arians both frustrated and flummoxed. Buccaneers general manager Jason Licht also recently shut down the rumors of there being friction between his head coach and his franchise quarterback.

And yet, despite all of the denial, the questions about Brady and Arians remain.

A recent report went so far as to say that Brady was considering playing in Miami this season and that the Dolphins are working on a trade. Could it be because of his relationship with Arians?

Well, Arians was recently asked about the idea of he and Brady having any beef. He, once again, shut it all down.

He said that that it had to do with the media manufacturing a story. Arians also added that while Brady was (very shortly) retired, the two were talking back-and-forth about how things were going.

Bucs coach Bruce Arians, talking to @wyche89 about rumors of any rift between him and Tom Brady: pic.twitter.com/oxU6LZcetU

Brady, as of now, is set to play for Arians with the Buccaneers next season. He has not addressed the rumors about his relationship with his head coach, but the denial speaks for itself.