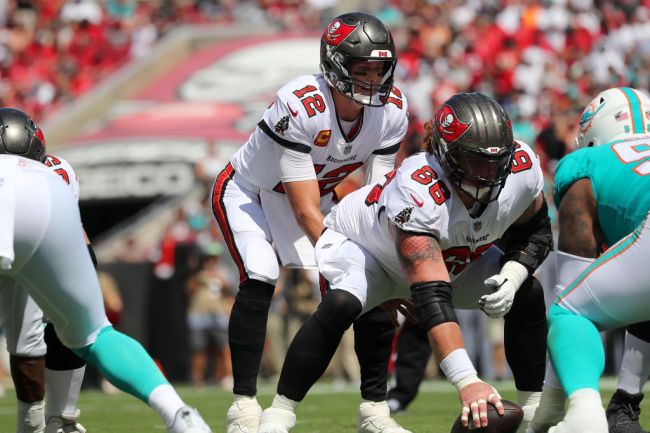 The Tom Brady to Miami Dolphins rumors are still making the rounds.

Last month, Pro Football Talk’s Mike Florio revealed that the Dolphins had considered bringing in Brady at the end of the last season.

The Miami Dolphins are moving forward with Mike McDaniel as the head coach and, for now, Tua Tagovailoa as the starting quarterback. At one point after the end of the 2021 season, however, the Dolphins explored a different approach.

Per multiple sources, and as first revealed on Monday’s PFT Live, the Dolphins planned to pursue Sean Payton to be the coach and Tom Brady to be the starting quarterback. The plan was scrapped after Brian Flores filed his lawsuit against the NFL generally and the Dolphins, Giants, and Broncos specifically.

The Dolphins denied Florio’s rumor, but a new report claims the Dolphins might be working on a new deal with the Tampa Bay Bucs to acquire Brady.

Would not be surprised if @TomBrady didn’t play for @Buccaneers next season. Try a little further South.

Arnold later told the Merloni & Fauria radio show that the Bucs and the Dolphins were working on a deal but that he didn’t know if it would get done.

.@DaleEArnold tweeted this afternoon he "wouldn't be surprised" if Tom Brady goes to the Miami Dolphins this season

Remember: Dale was the first to report Brady to Tampa was a done deal pic.twitter.com/NN46dssrI2

The Athletic’s Jeff Howe shut down the rumor after speaking to a source.

There’s nothing happening between Tom Brady and the Dolphins, according to a source. (He’s also been recruiting free agents to the Bucs, which feels relevant here.) Carry on. @TheAthletic

As crazy as this NFL offseason has been, I wouldn’t be surprised if the Dolphins traded for Brady.