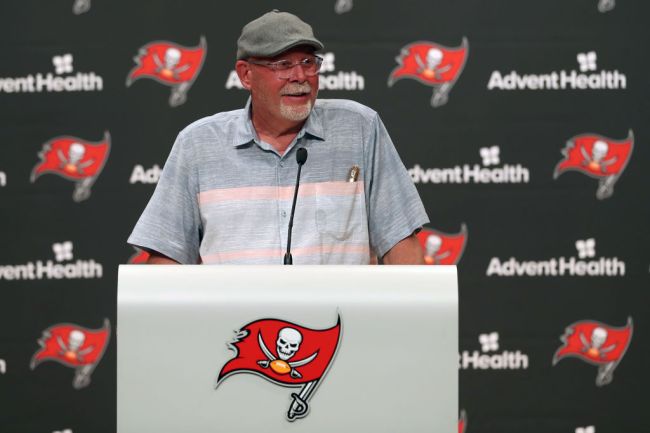 As this past NFL season crept toward the playoffs, the Tampa Bay Buccaneers found themselves in an unexpected predicament. They were suddenly very thin at wide receiver.

It left the Buccaneers in a tough situation heading into the playoffs and even had Terrell Owens offering his services to the team nearly 10 years after his last NFL game. While never ever came of his offer, it seems the Bucs were interested in adding another legendary receiver near the end of the season.

Bruce Arians told Arizona Sports 98.7 that he reached out to Larry Fitzgerald at the end of last season.

Bruce Arians says he tried to get Larry Fitzgerald to play for the Buccaneers last season. https://t.co/gGuGRmc59F

“When we lost our guys, especially when Chris Godwin got hurt, I called Fitz. He said, ‘Coach, I couldn’t run two plays right now, but thanks.’ I said, ‘I just had to check”

Larry Fitzgerald wasn’t on an NFL roster for the opening weekend of the season, but many fans still expected to see him play somewhere before the end of the year. Fitz teaming up with his former head coach for a run with the Buccaneers would have been fun to see, but unfortunately never came to fruition.

Fitzgerald has since announced that he won’t be returning to football and Bruce Arians retired as the Buccaneers head coach, so it seems this is a reunion fans will never be seeing.