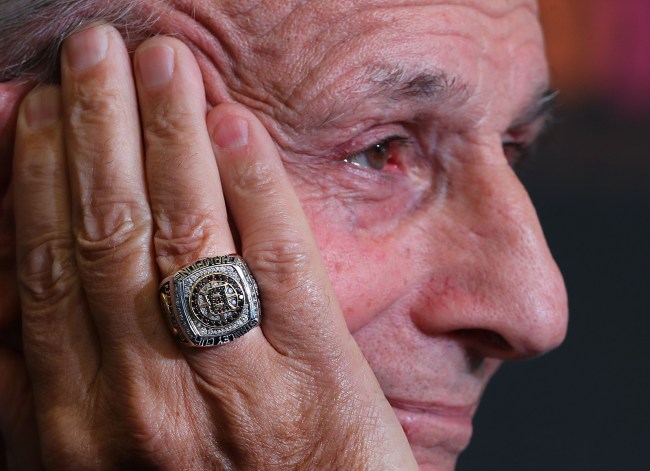 Zion Williamson, who is two years away from being able to legally drink a beer: I am pledging to cover the salaries for all of those Smoothie King Center workers for the next 30 days.

Bruins owner Jeremy Jacobs, worth an estimated $3.1 billion: Fuck Everyone.

The Bruins have been shamefully behind other organizations in responding to our current situation, and didn’t help themselves when they started speaking. Jacobs’ company, Delaware North, which owns the TD Garden released this statement, via NHL.com:

*Sorry, ONE week and then Fuck Everyone. If there’s ever a time to be fast and loose with your philanthropy, it’s now. Actually, I guess it’s not philanthropy if these people have a direct correlation to making you more money.

Bruins fans believe those TD Garden employees who feed them, get them hammered, and clean their puke out of the toilets deserve better. Because they do.

Jeremy Jacobs who owns the Boston Bruins is worth $3.3 billion. He decided to place his workers on leave with only 1 week of pay. As a Bostonian I just have to say what a piece of shit. I am ashamed of you.

This is Boston Bruins owner Jeremy Jacobs. He is worth about 4 Billion dollars and totally fine with leaving his employees out to dry during a national emergency so he can keep hoarding his wealth. Any time he goes out in public he should be actively harassed pic.twitter.com/SuYsocl8Sw

No sports franchise has looked worse during this global pandemic than the Boston Bruins. The last team to act on aiding part-time employees and only kicks in IF the last 6 games are cancelled. Today they placed 68 employees on temporary leave. The owner is a billionaire.

Good morning to everyone except #JeremyJacobs, @NHLBruins , and @delawarenorth who refuse to pay their employees.

you can stub your toe on a doorframe