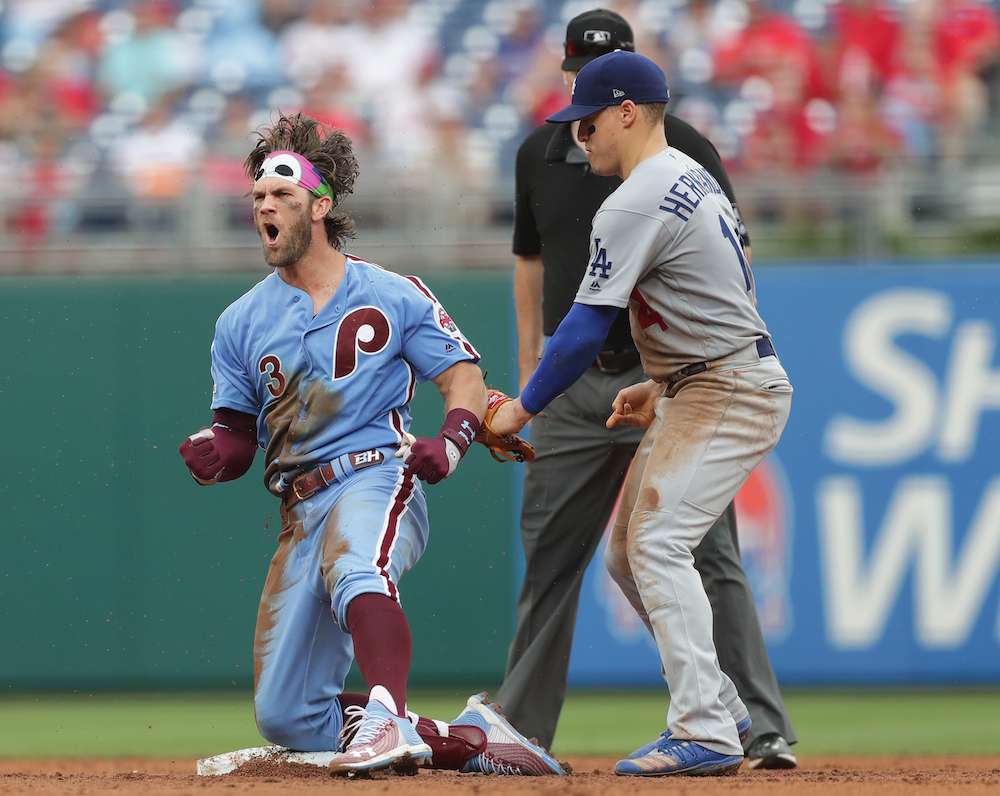 If you’re not sleeping much, neither is most of the world, including MLB star Bryce Harper.

At least that’s what I’m assuming since Harper popped on Instagram early this AM to drop his proposal for the 2020 MLB season, and his ideas aren’t too crazy.

The proposal is exhausting for all involved, but that’s why these guys make millions.

Along with a photo of the MLB logo, Harper outlined his plans in the caption, which includes a 135-game schedule squeezed, a round-robin style postseason, doubleheaders with games only going 7 innings, and not many days off for players or fans.

This entire proposal feels like something Harper sketched out on the back of a Lucky Charms box after an all-night Fortnite session.

Here’s a breakdown of Harper’s proposal in easier to digest bullet points:

Harper’s plans for the postseason are a little hard to follow, but he’s proposing a 10-team, round-robin type tournament with several best-of-three series and wild cards.

“Ten teams round robin format College World Series kinda style at the new Texas Stadium or whatever stadium(s) are best. Three-game series. You win the series you move on. You lose you play the other loser in a one-game wildcard. Winner of that moves on. Other team is out. Or you could play it in Vegas so you have the Strip Hotels and could use one hotel for all the guys and contain possibly? ⠀
⠀
Two teams left, seven-game World Series. They get two days off before the series. With those two days off you do an All-Star Game and Home Run Derby. Could do the MLB awards as well at that time.”

While there’s a tentative plan in place to start the season in July, many players are unhappy with the idea.

Harper supports Snell’s opinion on the matter, and the pair exchanged a ton of “bros” to show they’re on the same page.

“I love Snell. That’s my guy, bro. I love Snell. He ain’t lying. He’s right. Hey, he’s speaking the truth, bro. I ain’t mad at him. Somebody’s gotta say it. At least he manned up and said it. Good for him. I love Snell, man. Guy’s a beast too. One of the best lefties in the game.”

Harper’s response was in reply to Snell commenting earlier in the week:

“I’m not splitting no revenue. I want all mine. Bro, y’all got to understand too, because y’all are going to be like ‘bro, Blake, play for the love of the game, man! What’s wrong with you bro? Money should not be a thing!’

“Bro, I’m risking my life. What do you mean it should not be a thing? It 100 percent should be a thing. If I’m going to play, I should be at the money I signed to be getting paid.”

Hopefully, a resolution is found and the season gets going with everyone – players, owners, and fans – getting “all theirs.”