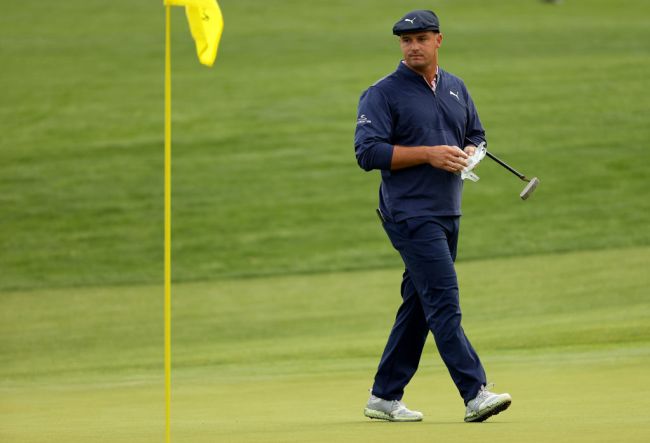 Bryson DeChambeau’s 2020 Masters has not gone as planned. The betting favorite heading into the week was able to shoot 2-under in his opening round on Thursday but struggled in his second round, which he finished early Saturday morning, carding a 2-over 74 to make the cut on the number at even par.

With all eyes on him heading into the week, he simply hasn’t looked like himself and after completing his second round on Saturday he told ESPN that he started feeling weird a couple of nights ago, even dizzy, so he went and took a COVID-19 test that came back negative.

“I was feeling something a little weird two nights ago and I came out (Friday) and was fine for the most part,’’ he said. “As I kept going through the round (Saturday), I started getting a little dizzy. I don’t know what was going on, a little something weird.

“I got checked for COVID (Friday) night and I was fine, nothing,’’ DeChambeau said. “But I had to do the right thing and make sure there was nothing more serious than that. So it wasn’t that. It’s no respiratory anything. It’s more of just very dizzy, and I’ve got a pain in my stomach, so I don’t know. Just some weird stuff going on. Every time I’d bend over and come back up, I’d like lose my stance a little bit.

DeChambeau suffered a brutal break on No. 3 on Friday after losing his tee shot in a patch of mud forcing him to re-tee en route to a triple-bogey seven. It’s not often you see someone card seven birdies in a round and shoot over par, but that was the case for DeChambeau in his second round.

The 27-year-old will begin his third round nine shots back of the leaders on Saturday afternoon at Augusta National.