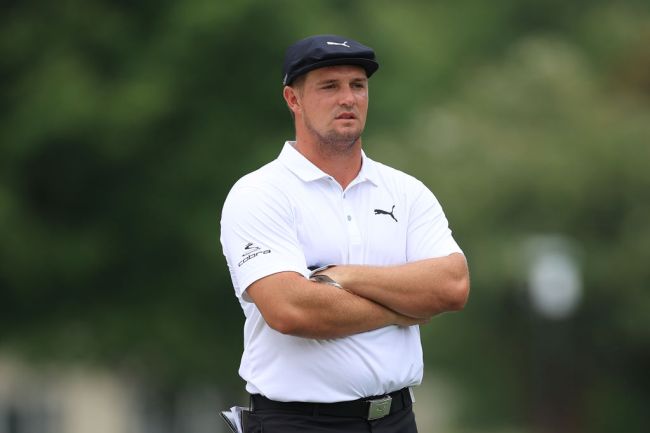 You could argue that people are more excited to see Bryson DeChambeau and his powerful gameplan take shape at Augusta National than watching Tiger Woods attempt to defend the green jacket. That may be a bold statement, but that’s just how must-watch DeChambea has become and after he completely dominated Winged Foot to win the U.S. Open, all eyes are on how he could turn Augusta into a pitch and putt.

Everyone is intrigued by how Augusta will play in November compared to what we’re accustomed to seeing in April. The course is going to certainly look a bit different, temperatures could be a bit chilly, but Jack Nicklaus thinks the course will play a bit more firm and fast if rain isn’t in the mix.

Nicklaus, an owner of six green jackets, believes that if conditions are firm and perhaps the wind is blowing out of the correct direction DeChambeau could not only completely overpower the course, he could drive the green at the first hole.

The first hole at Augusta plays uphill and stretches to just over 450 yards, but Nicklaus thinks DeChambeau could do it.

He also went on to say that he’ll hit it past the tall pines on the Par 5 15th hole. The hole can play on the shorter side for longer players that hit a big drive, but Nicklaus said he’ll “have a little pitching wedge in there.”

Right now the forecast in Augusta, GA is showing a high chance of rain on Tuesday, Wednesday, and Thursday. It may not play quite as firm and fast as what some are predicting, but don’t expect that to change DeChambeau’s gameplan of trying to make the course as short as humanly possible, especially if he has a new 48-inch driver in the bag.