No More Excuses, You Now Have To Tip Your Cap To Bryson DeChambeau, A Major Champion 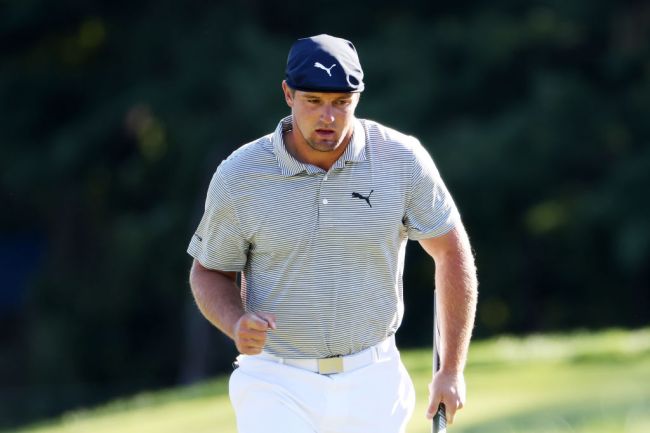 The argument that Bryson DeChambeau’s game doesn’t work, or won’t work on every stage, is now dead. If for some reason you were still on the fence about his long-drive, extreme bomb and gauge playing style, it’s time to jump off said fence into DeChambeau’s corner.

The Big Golfer validated everything he’s done and every change he’s made over the past 12 months on Sunday by winning the U.S. Open, and making it look easy. All the muscle and weight he’s put on chasing more and more swing and ball speed, playing a driver with less loft than his putter, continuing to play the one-length irons, and doing absolutely everything his own way actually worked. You can be the biggest DeChambeau hater out there, but you have to tip your cap to the man because he just changed the game.

Heading into the week every player and media member not named Bryson DeChambeau was stressing how important it would be to hit fairways and avoid the horrendous rough of Winged Foot. As per usual, DeChambeau had a different gameplan and that was to hit driver as many times as possible, forget about the rough, and shorten the golf course as best he could.

His gameplan wasn’t supposed to work at a U.S. Open, you could even call it disrespectful toward the USGA, but after 72 holes he was essentially laughing in its face.

The gameplan worked out pretty well as he was the lone golfer in the field to finish the tournament under par winning at 6-under. And he managed to do that by hitting only 23 of 56 fairways all week, the fewest a U.S. Open winner has hit since 1981. He also proved that he isn’t just a one-trick pony, his short-game is not be messed with either as he finished third in scrambling for the week.

While the golf course was throwing haymakers, DeChambeau threw his own as he was the only player to shoot under par on Sunday firing a 67. He started the day two back of Matthew Wolff, who hung around until the turn, but ultimately fell victim to Winged Foot like the rest of the field did in the final round sans one man.

The tournament turned into match play between DeChambeau and Wolff for the final nine holes after both players made eagle on the Par 5 ninth. As the saying goes, championship Sundays really get started on the back nine and DeChambeau relished in the moment without making a mistake on his final nine holes carding eight pars and one birdie, which was more than enough to get the job done.

We’ve seen DeChambeau’s experiment work all season long as he entered the week with one win and nine Top 10’s over his last 17 starts, but this is the U.S. Open we’re talking about here, it’s supposed to be a 72-hole grind. While it certainly wasn’t easy, a six-shot win and a final-round 67 on that stage speaks for itself.

DeChambeau is only 27-years-old, this really could be just the beginning of a legitimate game-changing run.

Next on the major calendar? Two straight Masters. All eyes will be on DeChambeau, who should be able to implement the same overpowering gameplan at Augusta National.