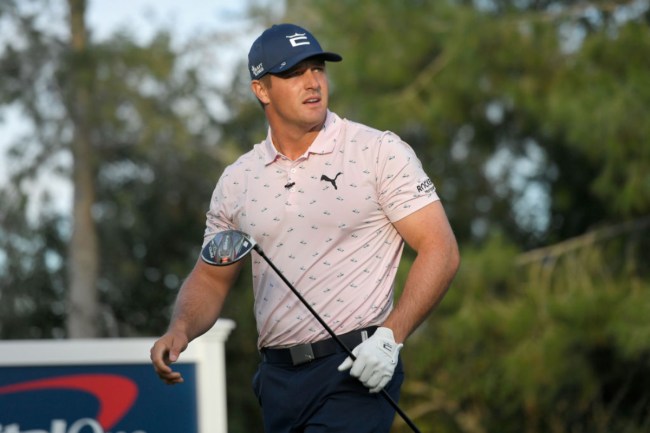 Bryson DeChambeau is no stranger to posting random content nobody asks for. We’ve seen him post shirtless pics out of nowhere and countless workout videos, but his most recent video is truly one of a kind.

Given his insane body transformation over the past two years or so, and the distance he’s found off the tee, many have accused DeChambeau of using steroids. Brooks Koepka even took a public dig at DeChambeau that added to the steroid allegations.

Given the rumors and accusations, DeChambeau took it upon himself to shut up all of his critics and went and got tested for steroids and other PED’s.

Nobody asked for this video, but DeChambeau has clearly heard enough from his haters. Also, it’s unique content, there’s never been a golfer in history go get tested for PED’s and let the world in on the process.

DeChambeau explains in the video that he had bloodwork and urine samples done. The results of the tests came in during the Hero World Challenge, and a shirtless (of course) DeChambeau shared his results.

“All negative,” DeChambeau shouted, as the lab report showed a long list of negative results, including for amphetamine, methamphetamine, anabolic and masking agents, dozens of anabolic androgenic agents, and growth hormone.

At the end of the video, DeChambeau is seen sitting next to Greg Roskop, the founder of Muscle Activation Techniques, saying “this is my secret weapon, this is better than steroids.”