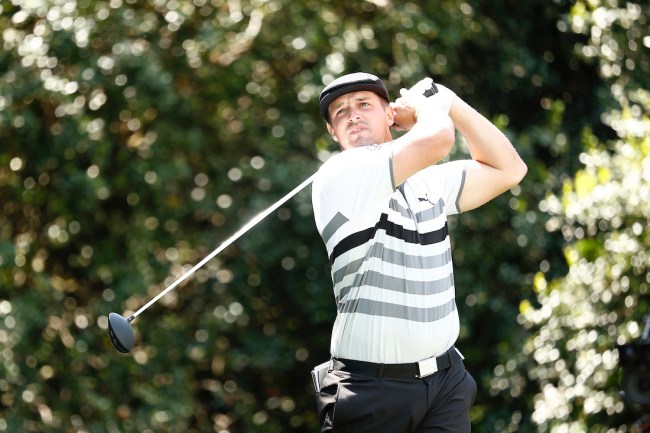 Imagine being Bryson DeChambeau on Friday afternoon at the Wells Fargo Championship, when, after shooting a second round 3-over par, he just assumed that he had missed the cut and his weekend was over. Nobody can fault the guy for thinking such a thing, considering DeChambeau sat in 90th place at the time, with the project cutline only taking the top 65 scores.

Rather than sit around at the course to see the potential outcomes of other golfers, Bryson simply left Charlotte and flew all the way back to Dallas, firmly believing he had zero shot of playing during the weekend.

Then something crazy happened: Bryson actually made the cut.

Already back home in Dallas, Bryson DeChambeau didn’t just withdraw from the Wells Fargo Championship, but, instead, immediately flew back to Charlotte to compete on Saturday and Sunday, taking a 2:45 a.m. flight to make his third round tee time. The end result? A tie for 9th place in the tourney and a $228,000 payday. Uh, yeah, it was pretty damn smart to get back to the tourney, with the golfer saying he (obviously) has no regrets.

“It was worth it,” DeChambeau told reporters on Sunday. “It no doubt was worth it. That’s what I was hoping to do this weekend when I was on that plane at 2:45 a.m. Yeah, I wanted to make it worth it.

“I didn’t want to come out here and finish 60-whatever, close to last.”

Sure, all the travel to-and-from Charlotte and Dallas was definitely taxing on the beast of a golfer, but DeChambeau overcame it and was able to walk away with an enormous payout. This guy, man, it seems like he can honestly do it all — because there aren’t many golfers who could do something like this.

Not only was the $228,000 payday for Bryson huge in the short-term, but his 9th place finish also helped him rise up to the top of the FedEx Cup standings — which has a $15 million purse at the end of the PGA Tour season. So, yeah, the decision to lose some sleep for the sake of playing those final two rounds in the Wells Fargo Championship could end up being a massive financial decision when all is said and done.

There are lots of people with great luck, and, after seeing this little story about Bryson DeChambeau’s eventful weekend, it’s clear he’s one of those folks who always seems to have things work out for him. His bank account is reaping the benefits both now and (potentially) in the future because of it.