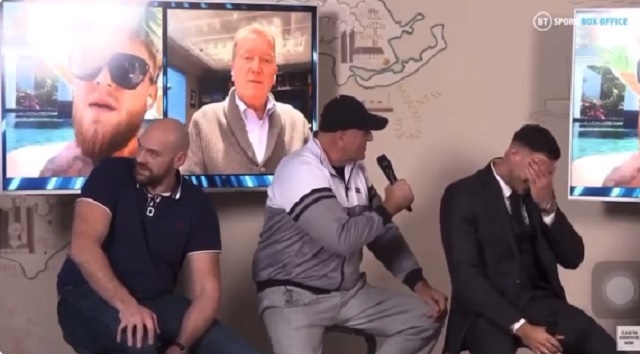 The trash talk between the Fury family and Jake Paul is already out of control.

During Wednesday’s pre-fight press conference, an infuriated John Fury told Jake Paul that Tommy Fury was going to bend his girlfriend over and “do her like a dog.”

We all want to be Mystic John Fury when we grow up. pic.twitter.com/owE2NjZMia

BT Sport, who hosted the event, issued an apology for the language in the press conference.

Jake Paul and Tommy Fury are set to face on December 18th on Showtime PPV.