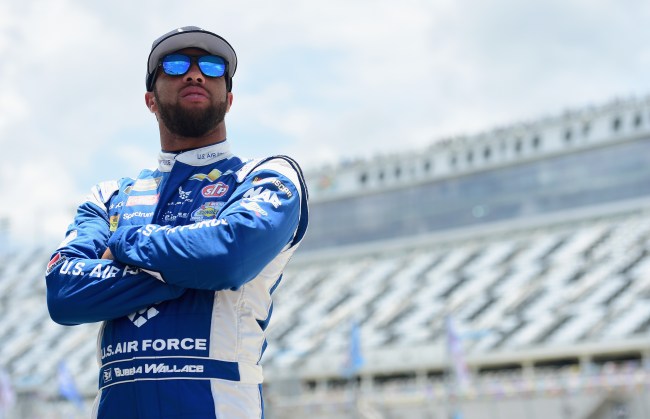 Bubba Wallace is going to become a free agent in 2021 and there’s already speculation about who he’s going to be racing with next year.

According to a report Sports Business Journal reporter Adam Stern, Wallace is currently considering his options for free agency which include returning to Richard Petty Motorsports or going to Chip Ganassi Racing.

.@BubbaWallace and his reps are exploring his team options for 2021, and while a return to @RPMotorsports is one of them, another possibility that’s emerged is with Chip Ganassi Racing and @McDonalds, per sources.

➖ Both CGR and Wallace share McDonald’s as a common partner. pic.twitter.com/2Vv9mq9jE0

Chip Ganassi Racing currently has an opening after driver Kyle Larson was kicked off the team for using the N-word during a live stream earlier this year.

Apparently RPM has offered Wallace an ownership stake in the team.

Deal could be finalized "within the next couple of weeks." https://t.co/Cph0xjhQhb

Richard Petty Motorsports team owner Andrew Murstein confirmed to Forbes SportsMoney that the organization offered an ownership stake to Wallace, whose current contract with RPM expires at the conclusion of this season.

“We’re in discussions with him about an extension that includes ownership in the team,” said Murstein, who expects an agreement to be finalized “within the next couple of weeks.”

It seems like Wallace has a plethora of choices considering he’s probably the sport’s biggest star right now.