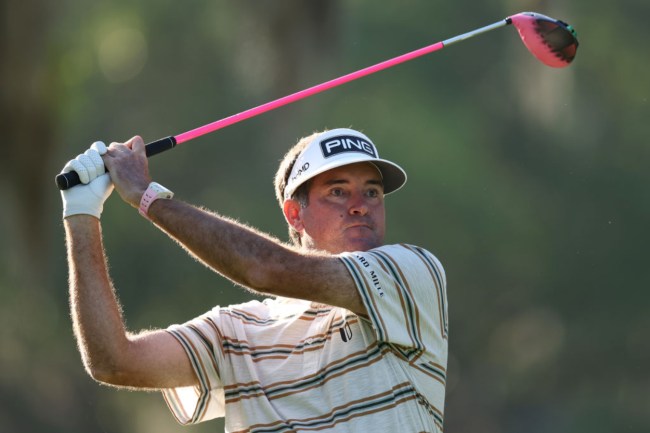 The Saudi-backed LIV Golf Invitational Series is scheduled to host its first tournament on June 9-11, which happens to be less than eight weeks away.

Despite that start date fast approaching, we still don’t know one single player who has officially signed on with the breakaway golf circuit.

A new report from The Telegraph has mentioned four well-known players that are expected to join LIV Golf headlined by two-time Masters champion Bubba Watson.

Englishmen Ian Poulter and Lee Westwood were also mentioned in the report alongside Kevin Na. That grouping of four players has combined career earnings of over $136 million during their time on the PGA Tour.

Greg Norman, the CEO and commissioner for LIV Golf, hinted to The Telegraph that there is plenty of interest among players to join the new tour.

That’s why they are still very, very, very interested. We have players signed, contrary to the white noise you’re hearing out there,” Norman said.

“The interest level we’ve had… well, I had a player who’s won a couple of major championships sitting in my very office here 48 hours ago.”

The purses for these LIV Golf events will reportedly pay $20 million for the individual portion. Another $5 million purse will be handed out for the team portion, and a season-finale will pay out a $30 million purse.

Albeit money isn’t everything, and a lifetime ban from the PGA Tour could be in store for those that join LIV Golf, that sort of money is attractive to just about anyone on the planet.

On top of discussing players showing serious interest in joining LIV Golf, Norman explained how he plans to lure top players into the fold.

The first event of LIV Golf has to actually be played before any of Norman’s dreams become a possibility.