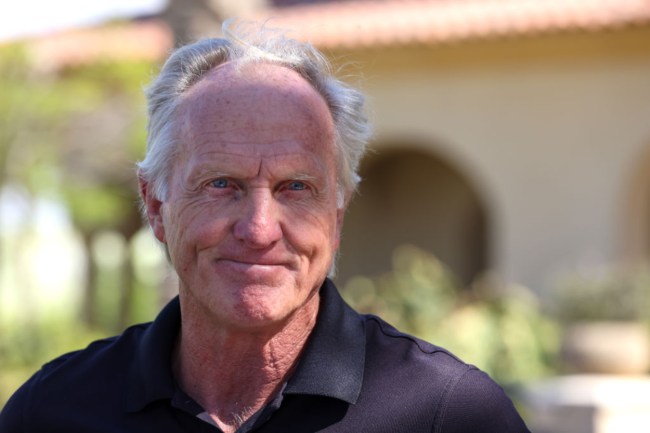 Now that Masters week is in the rearview, Greg Norman and his Saudi-backed LIV Golf Invitational Series has re-entered the chat in the golf world.

The rival golf circuit officially launched a month ago and the most important yet simple question has still yet to be answered: who is going to actually play in these LIV Golf events?

The eight-event schedule is set to begin on June 9 at Centurion Golf Club in London. Given the fact that that’s less than eight weeks away, the field has to be taking some sort of shape by now.

Norman recently spoke with The Telegraph and presented the blanket statement of “we have players signed, contrary to the white noise you’re hearing out there.” Bubba Watson was mentioned in the report as someone being linked to joining LIV Golf.

The purses for these LIV Golf events will reportedly pay $20 million for the individual portion. Another $5 million purse will be handed out for the team portion, and a season-finale will pay out a $30 million purse. Certain players around the world will be interested in playing for that type of life-changing money.

The 479th-ranked player in the world, for example, who has little to no status on any major tour would jump on the opportunity to play for that type of money. Having said that, LIV Golf will have to add big-time players to tournament fields to become anything close to relevant.

So, what is Norman’s plan to lure big-name golfers to LIV Golf? He essentially thinks it’ll all work itself out.

Norman’s plan here sounds both ridiculous and elementary, but that doesn’t mean it won’t work.

Related: You Have To Respect Jason Kokrak’s Honest Answer When Asked About The Saudi Golf League

Many of the game’s best and most influential players have already shot down the idea of jumping ship and joining Norman’s adventures. The game’s best players also make the most money and on the most consistent basis, both on and off the course.

The overwhelming majority of golfers, even those on the PGA Tour, simply do not. Perhaps a relatively big name does see the 350th-ranked player in the world win $4 million the same week they played the tournament of their lives to finish 31st and not make $100,000. That could light a fire in some select players, but only time will tell.

The first event of LIV Golf has to actually be played before any of this even becomes a possibility.