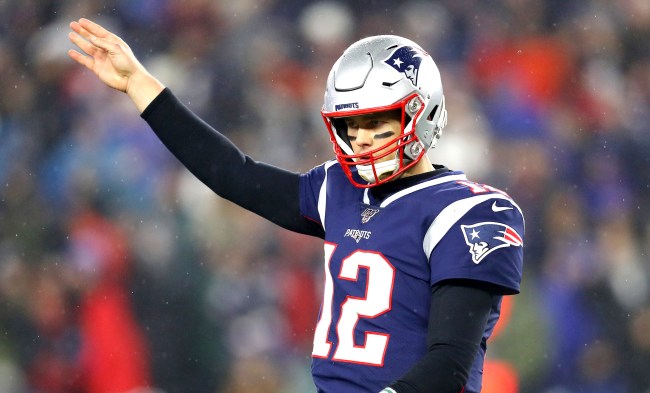 Earlier this week it was reported that the Tampa Bay Buccaneers are reportedly willing to give Tom Brady control over the roster in an effort to sign the 43-year-old quarterback.

According to Rick Stroud of the Tampa Bay Times, that’s not just talk. The Buccaneers are truly going all in on trying to sign the six-time Super Bowl champion.

He writes, “The franchise that has not reached the postseason in 12 years will do almost anything to land the quarterback who has been to the playoffs for 11 straight seasons and won six Super Bowls,” adding, “This is not hype. It’s hope. This is fact, not fantasy. This is the plan. This is the Bucs’ play.”

ESPN’s Dianna Russini said earlier this week on Get Up, “They are willing to give Tom Brady the things he needs, he wants. And some of those things he wants — control over roster, he wants to be part of making decisions on the play-calling. If you take a look at what Bruce Arians has done in the past, with Ben Roethlisberger, they’ve both been very public about how BA’s let Ben call plays, so talk about a match made in Heaven in terms of if that’s what Brady is looking for. If he wants control, Bruce Arians is a guy he should match up with.”

But… why? Brady is a legend and all, but at this point he’s got to be at the tail end of his career.

Stroud reports that there are several reasons.

Two, the Bucs haven’t been relevant since they won the Super Bowl… 18 years ago.

Three, Bruce Arians wants to be done with the Jameis Winston experience.

Four, Arians has coached Roethlisberger, Peyton Manning and Carson Palmer and would love to add Brady to that list.

Five, and perhaps most importantly, Super Bowl 55 is in Tampa.

The Bucs will try not to take no for an answer.

If it’s money Brady wants, it’s hard to imagine any team outbidding the Glazers. The Bucs have $80 million in salary-cap space, the fourth-most of any team. Why would $30 millon or $40 million per year for Brady be out of the question?

If it’s weapons, they have Evans, Godwin, O.J. Howard, Cameron Brate and Ronald Jones. The Bucs are likely to draft a three-down running back, an offensive tackle and another receiver.

If it’s control of the offense, there’s no question that Arians and offensive coordinator Byron Leftwich would adapt to Brady rather than the other way around.

If the Buccaneers can’t land Brady, Stroud says their next two choices will be Teddy Bridgewater and Philip Rivers, in that order.

4 p.m. ET on Monday, March 18th is going to be a very interesting time. Assuming it too doesn’t get affected by the coronavirus like literally everything else in sports has over the past two days.