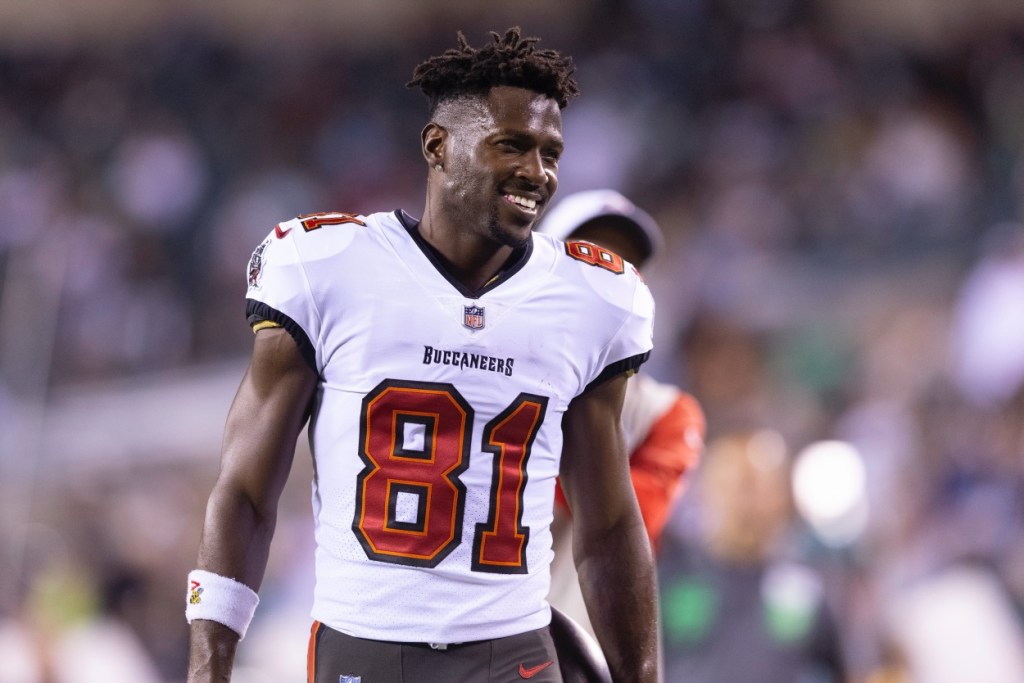 The Tampa Bay Buccaneers were dealt some serious blows on Sunday night against their NFC South rival New Orleans Saints. Tom Brady was shut out for the first time since 2006 and the Bucs finished the game without Leonard Fournette, Mike Evans, and Chris Godwin who all left the game with injuries.

They were also without Antonio Brown and Mike Edwards, players still serving league-imposed suspensions. There has been A LOT of speculation about what the Buccaneers would do about Antonio Brown coming back after suspension. Many wondered if they’d sit him until the playoffs, sit him indefinitely, or bring him back right away.

After the Bucs-Saints game, Tampa’s head coach Bruce Arians announced the team’s decision on Mike Edwards and Antonio Brown. Now all of the speculations can be laid to rest.

Full quote from Bucs coach Bruce Arians on Antonio Brown and Mike Edwards returning to the team with their three-game suspensions over: "It's in the best interest of our football team. Both of those guys have served their time and we'll welcome them back."

It’s always been in the best interest of the team to have Antonio Brown on the field. I’m not shocked. by this move and neither are other Bucs fans in the comments of that tweet.

This morning, Antonio Brown sent out this cryptic tweet that says ‘highly favored’ and nothing else. It’s his first tweet in six days.

Nobody seems to be able to make heads or tails of what Antonio Brown might be talking about here as the replies are all over the place.

Here we go with the cryptic AB tweets again. Good luck Bucs… once this starts, he’ll start coloring his hair blue and bleaching his mustache.

Lol… @Buccaneers using you, don’t want you till they need you.

There’s nothing cryptic about him saying he’s blessed & highly favored. His job security isn’t in question and he’ll be the wr1 next week because Mike & Godwin are both injured. He himself is fully healthy now

‘There’s nothing cryptic about him’ saying two words that are thrown around nonstop with the Buccaneers, in every single sport, in fantasy football matchups, in life, everything. He could literally be talking about anything under the sun but this dude chimes in with ‘there’s nothing cryptic’ about it. Riiiiiiight.

The Tampa Bay Buccaneers have the easiest remaining schedule of any NFL team. They play the Panthers twice and the Jets once. If there’s a “good time” for the Buccaneers to suffer team-altering injuries and have to rest impactful players, right now actually isn’t the worst time on their schedule to do that.

And as of the time of publishing this article, more tests are needed but none of the Buccaneers players injured on Sunday are expected to be out for the season. So there is a silver lining I guess, if you’re an optimist.