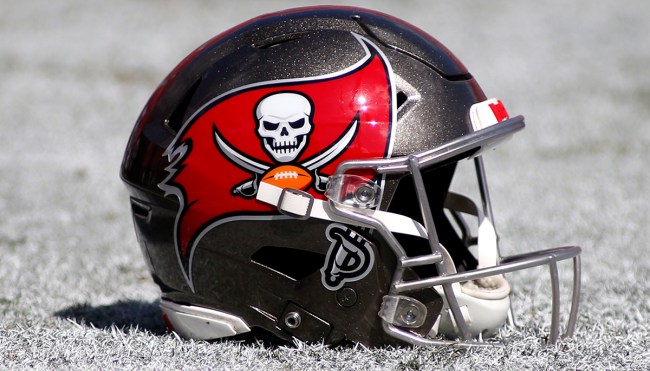 NFL teams have spent the last few weeks preparing for the upcoming season at the training camps they rely on to finalize the roster, firm up the depth chart, and iron out as many wrinkles as possible before fans are finally treated to meaningful football once again.

There are currently a few squads keeping a close eye on the quarterback battles that will determine who starts for the Steelers, Seahawks, Panthers, and other franchises currently shrouded in a fair amount of uncertainty.

It’s safe to say the Buccaneers do not have that problem; barring some unexpected twist, Tom Brady will be the primary man in the pocket as he inches closer and closer to kicking off his 23rd season in the league at the ripe young age of 45.

Of course, Tampa Bay is still giving the other quarterbacks at camp a chance to get some reps in. That includes Kyle Trask, the University of Florida product who spent his entire rookie season riding the bench after being drafted in the second round last year.

Over the weekend, Trask (who sits behind Brady and Blaine Gabbert on the current depth chart) made an appearance in a video the Buccaneers tweeted out as the “Play of the Day” at camp. Unfortunately, the play in question was an interception that was only made possible by an absolutely atrocious throw Trask made with no pressure in sight featuring a wobble that would make V.I.C. proud.

It didn’t take long for the team to take down the tweet in question, but unfortunately, it forgot the internet never forgets.

While I’m personally hesitant to make any sweeping generalizations about a player based on a single mistake, that wasn’t the case for the many people who roasted Trask (including more than a few who made the incredibly original observation that his last name is one letter away from “trash”).

Is that trash I mean Trask?

On the bright side, it’ll be hard for things to get much worse for Trask after this.