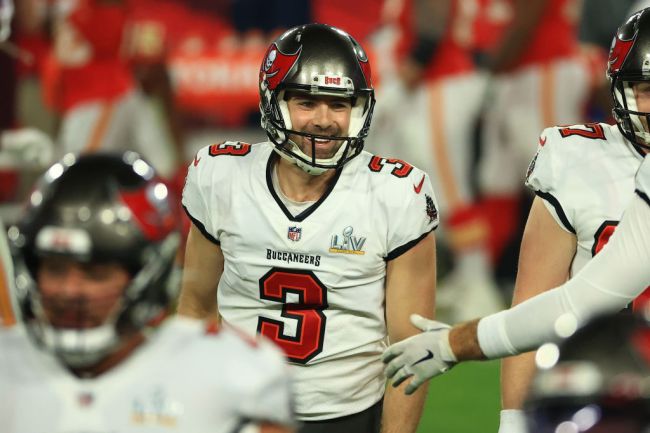 Ryan Succop was selected with the 256th pick in the 2009 NFL Draft by the Chiefs, and is the greatest “Mr. Irrelevant” to ever play. Given to the last player selected each year, Mr. Irrelevant rarely rises to become a prominent contributor on a championship-caliber team. Succop, who spent last year with the Buccaneers, is changing that narrative.

The 34-year-old was successful on 28 of his 31 attempts during the 2020-21 season and made history in the process. As Tampa Bay went on to be crowned NFL champions, Succop became the first Mr. Irrelevant to win a Super Bowl. Linebacker Marty Moore was the final selection of the 1994 NFL Draft and reached Super Bowl XXXI with the Patriots, but he and New England didn’t win the big game. Succop is the most relevant.

After five years in Kansas City and six in Tennessee, the former South Carolina kicker joined Tampa Bay in September and won the starting spot in training camp. The decision paid off for head coach Bruce Arians as his kicker proved to be a pivotal part in the Bucs’ ascent to the Super Bowl, where they faced the team that drafted Succop 12 years ago.

In the lead up to his revenge game, Succop went 13-for-13 on field goals and 21-for-22 on PATs in the playoffs. His most impressive kick of the season came against Green Bay in the NFC Championship game when he bent one in from 46.

Ryan Succop is GOOD from 46 yards out. @Buccaneers extend their lead, 31-23. #NFLPlayoffs

When he reached the biggest stage, Succop stayed hot and was perfect in the Super Bowl. He went 4-for-4 on PATs and drained one from 52.

Succop can officially claim the title of Greatest Mr. Irrelevant of All-Time and it’s well deserved.