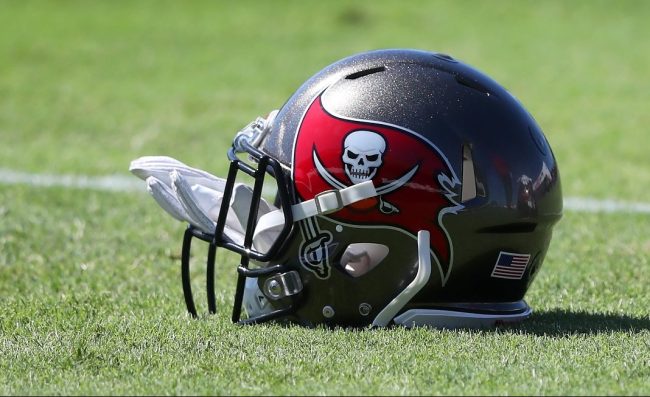 The Tampa Bay Buccaneers are in the middle of training camp as the franchise prepares for a long 2022 season. This could be Tom Brady’s final year of his career which means this team must be on point. On Friday, the franchise got some good news regarding a star receiver, which bodes well for the club’s chances to make a playoff run.

After suffering an ACL tear last year, Chris Godwin has made a surprisingly fast recovery. He avoided the PUP list and is now participating in training camp with a knee brace on, per Jenne Laine. Godwin still has some work to do, but his return is massive for the Buccaneers. Especially considering their top four pass options will be him, Mike Evans, Julio Jones, and Russell Gage.

Bucs wide receiver Chris Godwin is participating in drills today in his first practice since tearing his ACL. Lots of hugs, pats on the back and encouragement from teammates and coaches. pic.twitter.com/uVuaTNbYAa

Fans couldn’t help but react to Godwin’s miraculous return to practice. Many feared he would miss the first month or two of the regular season but it’s looking like the Bucs receiver might be ready to go by Week 1. Even so, the fanbase is just happy to see Chris Godwin back on the practice field.

Wow this is huge

At the end of the day, this is massive for the Buccaneers’ wide receiver group. Chris Godwin is only seven months removed from his ACL tear and is already back on the field. We’ll see how effective he’ll be when the regular season starts. However, this is a great sign for Tampa Bay. Keep an eye on Godwin, as the coaching staff will closely monitor him throughout the preseason.