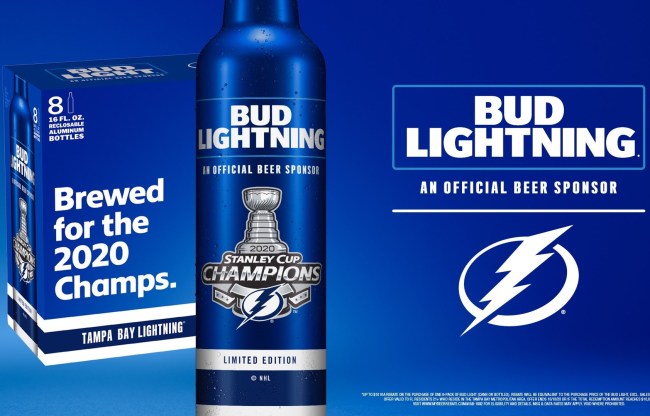 I’m not sure if you gentlemen heard but the Tampa Bay Lightning are your 2020-2021 Stanley Cup Champions. They are the first team in NHL history to win the Stanley Cup after getting swept in the playoffs the year before. If you think back to last season, my TB Lightning tied the record for the best regular-season in NHL history only to get blindsided by the Columbus Blue Jackets and bounced from the Playoffs in 4 straight games.

That was one of my lowest points as a sports fan. The Lightning were quite literally one of the best teams in NHL (regular season) history. They hadn’t lost back-to-back games that ENTIRE SEASON. Then they got swept by a team that wasn’t even expected to win a single game in that series.

This year was different for so many reasons. The Lightning started the season pretty shaky and seemed mentally defeated after last season’s sweep but they got it together after the 2-game international road trip to Sweden where they went 2-0 against Buffalo and it was almost like the Lightning came back recharged and learned how to be a team again without worrying about the outside world. From December through February the Tampa Bay Lightning went 23-2-1 and reminded the hockey world that they were THE TEAM to beat.

To commemorate the Tampa Bay Lightning winning their second Stanley Cup, Bud Light has released a new ‘Bud Lightning’ beer and I legitimately need to stock my fridge with every case I can find. I recently replaced my beer fridge in the garage after the old one broke and the new beer fridge is bigger and better with room for a few hundred Bud Lightning’s.

Look at these glorious bottles: 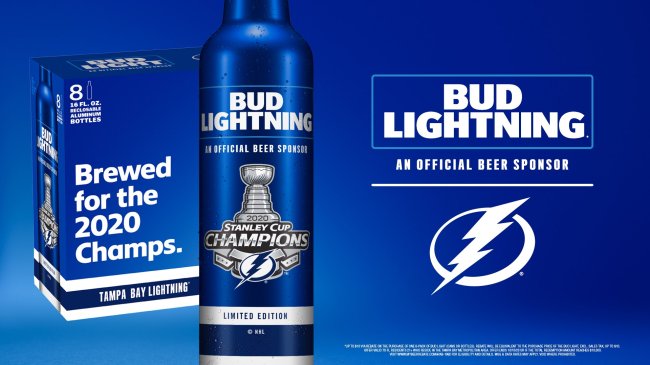 Congratulations @TBLightning on winning the Cup! To celebrate, we are making BUD LIGHTNING happen next season, and beers are on us* in the Tampa area! Link for details: https://t.co/5D0sqWpg4i pic.twitter.com/tO7I2CQuD7

One special aspect of this is Bud Light is picking up the bill for Tampa Bay area fans/residents. They’re offering a $10 rebate on 6-packs for people in Tampa Bay which fans can apply for by following the link on that Bud Light tweet. The offer is only available for a limited time, through October 10th, so if you’re in the area and want some free Bud Lightning you should act fast.

My old colleague Pete Blackburn has an amazing recap of the Lightning’s run to the Stanley Cup that I think every hockey fan will enjoy reading. His main takeaway is this Cup does not get an asterisk regardless of it being a different year, a bubble year, the first Stanley Cup won on neutral ice in 95 years.

Let’s make #BudLightning a reality!!⚡️🍻 @budlight promises to change 16 oz. cans to ‘Bud Lightning’ is the #Bolts take it all. More info in story! – @stpetesam #spon

Bud Light had promised to change their 16oz cans to ‘Bud Lightning’ last season if Tampa Bay won the Stanley Cup but we know how that ended. Thankfully for myself and Tampa Bay + Bud Light fans everywhere, we get our Bud Lightning this time around.