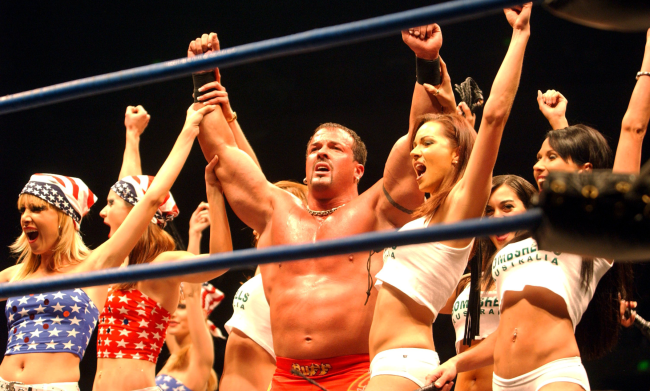 Marcus Alexander Bagwell, AKA “Buff” Bagwell, was a five-time WCW World Tag Team Champion during his lengthy professional wrestling career. He has also, like many wrestlers before him, has struggled at times in the down years following the height of his fame.

In April of 2012, Bagwell was put on a breathing tube while in intensive care in Marietta, Georgia after suffering broken bones in his neck, face and jaw in an automobile accident after possibly having a seizure while driving.

In August of 2020, Bagwell was involved in another serious traffic accident in Cobb County, Georgia that police believed was caused by the former wrestler was impaired by prescription medications. He once again was hospitalized and put in intensive care with reported injuries including broken ribs, a broken right hip, a broken left socket bone, a broken nose, and a torn right groin muscle.

In what seems to be a recurring theme, this past Saturday, the 51-year-old “Buff” Bagwell was again arrested in Cobb County, Georgia at around 1:25 p.m. in the afternoon and now faces 17 charges for his behavior behind the wheel. (It was initially 11, but more were added.)

Bagwell ended up paying $15,840 in bail bonds to be released from from jail released to a company named A 2nd Chance Bail Bonds at around 9:15 p.m. Saturday night.