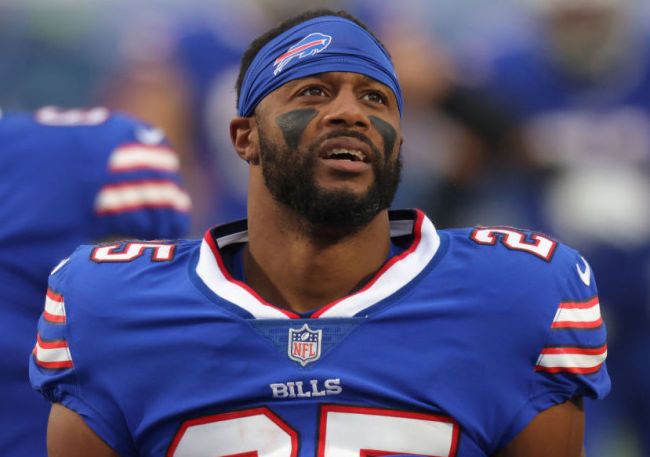 When you take everything into consideration, “The Buffalo Bills winning the AFC East” is nowhere close to the top of the list of the craziest things to unfold over the course of the previous year. With that said, it was a nice little surprise for a team that hadn’t been able to do that since 1995 and had spent the previous two decades watching the Patriots finish at the top of the division basically every year.

The new millennium hasn’t been kind to a franchise that appeared in four straight Super Bowls to kick off the 1990s and didn’t manage to win a single one but did ensure anyone who was alive to see them play in them would be triggered by the words “wide right” for the rest of their existence.

The team’s fruitless championship streak kicked off the same year Buffalo native Valentino Dixon was wrongfully convicted of murder and sentenced to 39 years in prison for a crime he had no involvement in before being freed after 27 years in 2018 with the help of an investigation conducted by Golf Digest, which took a closer look at his case after Dixon made a name for himself with the course-inspired artwork he produced while behind bars.

According to ESPN, Bills running back Taiwan Jones wanted to help Dixon watch his favorite team play in person this season, which he was unable to do due to restrictions that barred fans from attending games. However, after clinching the chance to host a playoff game at home for the first time since 1996, Andrew Cuomo announced Bills Mafia would be permitted inside a stadium that will be operating at 10% capacity when Buffalo faces off against the Colts in a wild card contest on Saturday.

The governor was planning to show up to the game but the angry fans who petitioned against his presence got what they wanted when he announced he was giving his ticket to a healthcare worker to focus on certain developments in the nation’s capital. Jones was also in the giving spirit, as the RB has ensured Dixon will be one of the 6,772 fans in the stands by hooking him up with tickets to the showdown.

It’s safe to say the stakes will be a bit higher than those at the only other Bills game Dixon has watched in person, as he hasn’t been a spectator since watching a preseason contest he attended when he was 11. It appears he has high hopes for his hometown squad, as he told the outlet:

“This team right here, I know they can beat anybody. They could’ve beaten anybody last year, but they just weren’t ready—now is the time. And I don’t have any doubt that a Super Bowl is coming to Buffalo, if not this year, then the next three years.”

I didn’t need another reason to root for what is easily the most lovable franchise in the NFL, but it looks like I’ve found one.